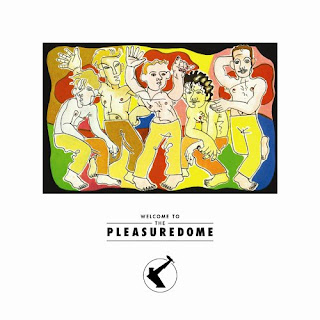 WELCOME TO THE PLEASUREDOME - A 13 minute version is a riveting listen, just what you expected, the unexpected! It was cinematic, chanting abound, little instrumental breaks ending with another maniacal laugh and a little Holly giggle having fun.  This was Frankie's "Bohemian Rhapsody" epic.