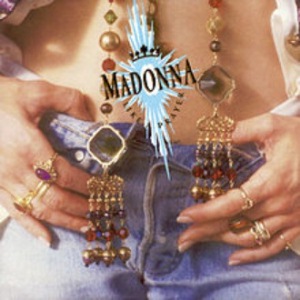 LIKE A PRAYER - The "black Jesus" video controversy was a little silly to me, and yes there were burning crosses etc.  To someone like me who isn't at all religious and finds the whole religious blasphemy etc an incredible waste of energy and thought.  The song is great Pop and the Gospel parts were really nice and I took a very spiritual and positive opinion from the track. Light backing on the verses and upbeat for the chorus.  One of her best songs.

EXPRESS YOURSELF -  Classic Madonna, Disco Pop and prompted a horde of remixes for the clubs.  Throbbing drumbeat, and various other genres if you listen closely, a little brass and saxophone is also present.

LOVE SONG - brilliant collaboration with my other idol Prince, I wish they had made more songs together.  It was classy, experimental and off beat, but the influence of Prince is unmistakeable,  it was similar to the songs he was making for the "Batman" soundtrack.  Pure class by two icons.

TILL DEATH DO US PART -  An uptempo kind of ballad, a sign of a much more mature sound to come, reminds me a little of Abba and Roxette.

PROMISE TO TRY - Nice song but a little too "musical" for me, maybe she was thinking about the "Evita" film a few years later.  A little too unremarkable for this album although its a big shoe to fill as its full of gems.
CHERISH -  Was my favourite video, and a favourite song of mine, light and breezy akin to "True Blue", its cute and clever Pop at its best and Madonna playing with the Merpeople in the water was sweet.

KEEP IT TOGETHER - Spawned many remixes for the 12" and party lovers.  Classic Funk Dance with a message, I think it was a massive dancefloor hit in the USA.  One of my favourites and great sing-a-long chorus.

SPANISH EYES - A Latin sounding song, really nice and in the vein of "La Isla Bonita" only more of a ballad and slightly more darker.

ACT OF CONTRITION - Weird concoction of sounds, allegedly its  Prince's guitar work, the choir's gospel backwards from "Like A Prayer" and Madonna reciting the Roman Catholic prayer of confession and repentance! Strange but I guess there was needed a fill in for the running time of the album!