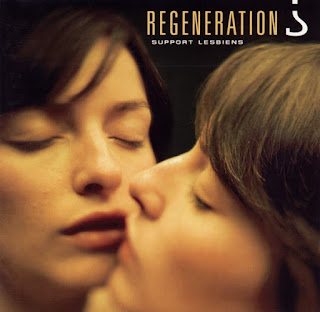 BET MY SOUL -The song that got me hooked, it just sounded so unusual.  An almost mostly Folk Acoustic Pop with a manic Rock ending.

BUBBLEBROWN - A very bluesy track with moments of Country twang throughout and some excellent atmospheric Classic Rock guitars.

PLEASE LOOK AT ME -  This brings the tempo down a little, a really lovely almost Acoustic Rock ballad with lots of emotion.

HER EYES -  A Pop Rock track that isn't one of my favourites, it kind of meanders along a little too much, although it has some tender moments.

LET'S JUST SING - An almost Jazz Blues hybrid complete with "do do do do" singalong vocals.  The guitars are very summery and it gives off a good feeling vibe.  Let's just sing!
TEAR BUT NOT TORN - This starts off very Eastern sounding and more Electronic 90s Pop than anything Rock related.  Minimal backing to Krystof Michal's vocals, lots of Electro effects.

SOMEONE ELSE'S LIES - Similar in vein to "Bet My Soul", an Acoustic Folk Pop track.  Krystof's vocals are the focal point of this track, a very nice song.

FIGHT CLUB - Reminds me of INXS at times, funky guitars but with the Classic Rock influence, great track.


W4C - Czech language track and has a Swing Jazz style, which is very unusual even if I can't understand the lyrics.

NEJSI Z NAS - Sung in Czech once again and translates roughly as "you are not of us".  Nice mild ending to the album.