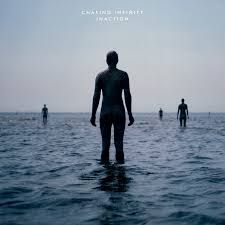 GROUNDED - This album Pop Rock opener reminds me of a raw early version of Bangles, some great guitar work and really eases you into the album with a swagger.

DANCE WITH THE ONE THAT BROUGHT YOU - Laid back Pop with Adele Halsall's pure, bright vocals making this an absolute gem.  The half Acoustic momentsand big chorus are awesome.

CRIME OF THE SCENE - Red Hot Chili Peppers with a female vocalist! Love this track, chugs along at a pace and its funky.

TAKE ME BACK - Not as catchy as the previous tracks, its pure "live" cut back sound sounds cool but its a lesser Pop track, more like a demo for me.

GATEWAY - Very much reminds me of Gwen Stefani and No Doubt, it's quirky, sweet and rocky enough to keep you engaged.  One of my favourites with is catchy chorus.
DEBRIS - Some New Wave Punk on this track.  The 80s influences of Blondie and 90s No Doubt are very evident.  Its frenetic tampo keeps to the style of the album.

4:37 - Cool guitar Pop Rock akin to Bangles and Go-Gos, with some harmonica I think in there too.  Sounds like a proper fun jam with all having a good time.

INACTION  - The title track is a medium paced rocker, minimal verses before breaking into the chorus with a crescendo.  Almost Classic Rock style but with the Pop elements.

STALLING - A minimal backing for Adele's stunning voice, could mistake this for Gwen Stefani.  its a catchy light Pop song, slides along nicely, laid back and summery cool.

PERFECT SENSE - Awesome guitar work once again, it makes this song a hit for me,  There is a catchy chorus as usual, Adele's voice impeccable but the Acoustic guitar takes it up a notch. Almost Rush style track, complete with effects and echoes.

IF THIS IS A CONTEST ABOUT LOSING, THEN CALL ME THE WINNER - The album's final track is a bit of a Pop Punk stomper.  Its uptempo pace and energy just make you want to singalong and go crazy.  Superb ending to the Liverpool band's debut set.