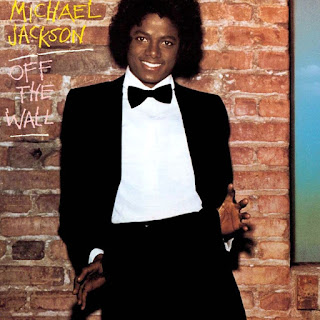 OFF THE WALL -  The title track was said to be part of a Disco medley sung live in later concert tours.  With similar parts to both the previous singles it was the perfect single to release, keeping up the Disco standard.
GIRLFRIEND - Written by Michael's friend Paul McCartney who took the song from the Wings' album "London Town" in 1978.  A Pop and R 'n B track.  A quirky little song that has a nice rhythm and chorus.  The relationship was the starting block for more collaborations between the two in later years.