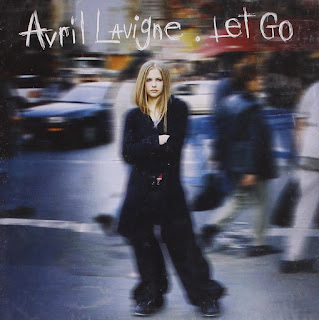 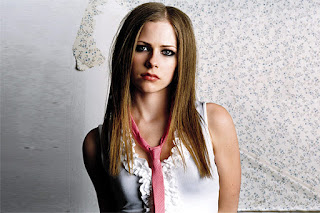 LOSING GRIP - The opening track is a Grunge Rock track that is a stormer and reminds me a little of Alanis Morrissette in places.  Great introduction to Avril's debut album.

COMPLICATED - The debut single and the song that got me interested in the lady's music.  A top track with its Pop Rock appeal and also its a little Alternative with a hint of Country.  A great crossover song.


SK8ER BOY - Perfect Pop Punk, another gem and a hit single.  The chug-a-chug guitars and pumping drums, sing-a-long chorus and great hooks make this a classic.

I'M WITH YOU -  A simply gorgeous Rock Power ballad.  Avril proves she can sing the emotive songs just as well as she can rock out.  Brilliant song.


MOBILE - Starts off with a Blues/Folk feel but then launches into a funky Rock chorus.  Another one of my favourites.

UNWANTED - Another possible Alanis Morrissette inspired track.  An angry, powerful vocal amidst an Alternative Rock/Grunge backing.  Yet another great song on this superb debut album.

ANYTHING BUT ORDINARY - Avril exercises her vocal range on this track, a mellow Pop track.  Its nice and emotive and gives a nice relaxing breather to a red hot rocky set.

THINGS I'LL NEVER SAY - Another catchy, midtempo Pop Rock track.  Still trying to find a "filler" song on this album, really remarkable for a 17 year old to record such an accomplished album.

MY WORLD - Probably the most popy song on the album,  Radio friendly catchy track similar to Natalie Imbruglia, amazingly wasn't a single.

NOBODY'S FOOL - Avril gives a rap vocal over a half Pop Rock, half Grunge backing.  Not one of my favourites but still a good track.

TOO MUCH TO ASK - A Bohemian/Grunge hybrid that rolls along nicely but fails to engage with me, such is the class of the other tracks, maybe this is the "filler" track for me.

NAKED - Alternative Grunge track to finish the album.  Its a laid back track which doesn't rock out too much and eases you out of a fantastic album.