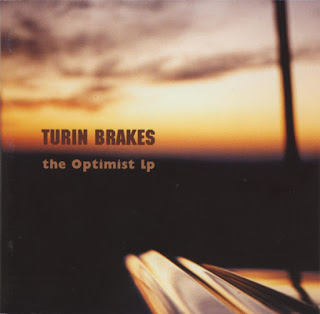 UNDERDOG (SAVE ME) - Slightly more leaning to a rockier sound with its chug-a-chug guitar strums.  Also a brilliant solo towards the end.  Love this song, one of the tracks that got me interested in the band.  It is chirpy, bright and makes you feel good, almost reminds me of The Monkees when they were serious about their songs.

EMERGENCY 72 - A kind of Jazz crooner-esque start with the vocals ahead of background music.  Then the music comes to the fore and and it turns into a 60s/70s style hippie sounding ballad.

FUTURE BOY - Mystical and Asian influences here as well as a little Country Folk.  Not one of my favourites, this still fails to grab me for some reason.

STATE OF THINGS - Love the style of this track.  The backing music is a kind of Hillbilly/Country Rock and the vocals complement it superbly.

BY TV LIGHT -  A dark sounding Folk Rock ballad, full of echoes and effects.  A weird experimental one I think.

THE ROAD - More sweet harmonies on a track similar to the opening track, but a little more minimal.  Lovely song though.

MIND OVER MONEY - This was the track that got me into the band's music.  At the time it was like nothing I'd heard before.  Raw, pure Acoustic Folk Pop with cleverly constructed harmonies and melodies and building into a 70s Rock out chorus. Class.

THE OPTIMIST - The title track to this great debut album.  The Everly Brothers/Simon and Garfunkel influences are here again, a quite lovely, sparsely musical track which both lifts you up and puts you in dreamland.