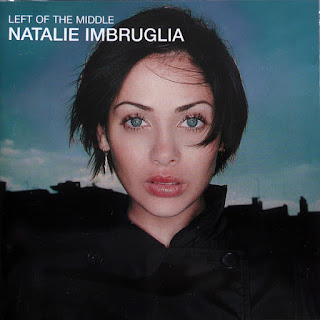 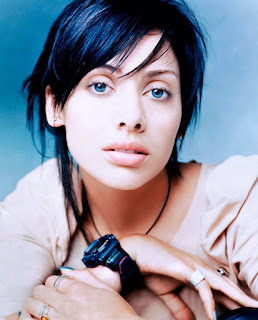 TORN - One of my alltime favourite songs by any artist and this was a massive hit globally for ex-Neighbours star Natalie Imbruglia proving she wasn't a bubblegum puppet unlike some of the other soap stars.  This was a brilliant Pop Rock track that was a cover of obscure Rock band Ednaswap who hadn't released it before this version.  Pure sultry vocals, a slight dance beat and swirling melodies made this a top song by any artist.

ONE MORE ADDICTION - A more edgy side of Rock for this track, an almost funky backing similar to Red Hot Chili Peppers and Natalie's Edie Brickell/Sophie B. Hawkins style vocals.  Very cool track.

BIG MISTAKE - A Grunge Rock style similar to Garbage and Paramore, quiet, angst ridden vocals  build into a storming anthemic chorus with a crash of drums and guitars.

LEAVE ME ALONE - A kind of Morcheeba style Trip Hop merged with a little Jazz.  Slow tempo but Natalie's chanteuse vocals give it some emotion amidst an eerie backing.  Experimental but brilliant.

WISHING I WAS THERE - Natalie takes a leaf out of Alanis Morissette's book and delivers a great slice of angry Alternative Rock with hints of Grunge and a catchy chorus.
SMOKE - Atmospheric, eerie, echo filled emotive Electronic based ballad.  Reminds me of Avril Lavigne, beautiful vocal from Natalie, a top track.

DON'T YOU THINK - Roxette style Pop Rock with a hint of Sophie B. Hawkins, a little Grunge thrown in for good measure.  Simply awesome.

IMPRESSED - Catchy, edgy Electronic Punk vibe that was popular with bands such as Elastica and Republica.   One of my favourites by Natalie.  Touch of class.

CITY - Possibly the weakest song on the album but then this debut is full of gems.  This reminds of a simple Bon Jovi song that they were just jamming on.  Not a lot to say about this one although the Punk style reverb guitars are interesting.

LEFT OF THE MIDDLE - The title track and last track of the album is a beautifully sung Acoustic ballad.  Really nice, breathy vocals from Natalie proving her voice is exceptional.  A lovely ending to a fine debut set.