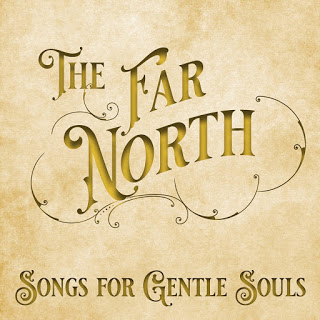 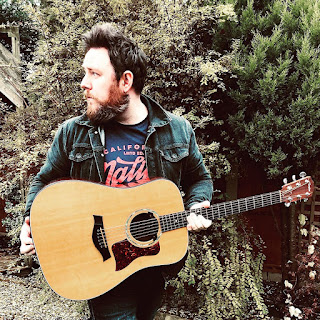 RUNAWAY - The debut album by former The Fireflys' members, singer-songwriter and guitarist Lee Wylding and drummer Andie Packer begins with a gem.  This opener reminds me of a classic Bon Jovi or Def Leppard track that's part of an Acoustic set.  I always loved that change of style with the orchestral sounds lifting their famous songs.  Lee gives a brilliant, emotive Rock vocal that merges with the delightful melancholic melody.
THIS HOUSE IS OURS - The tempo turns up a gear for this, with an Irish Folk style rhythm.  An instant foot tapper and  catchy chorus lifts this debut single.  Imagine a Pirate crew having a sing-a-long chugging some Rum with you clapping and stomping the deck!.  Awesome.
BRANCHES - A favourite of mine from The Fireflys' back catalogue gets a new re-working here.  This version emits even more emotion than the original.  There is a lovely Country twang as the track is slowed down a touch to be more of a Folk ballad.  Lee's vocals seem to me more upfront and sung with more feeling and aplomb than before.  One of those songs that everyone wishes they wrote!
WHEN WE WERE YOUNG - This is another slice of Acoustic Rock.  Its a little Tom Petty, a little Bon Jovi, a little Neil Young.  Loved the original song on The Fireflys' "The Illumination of Everything" album but this adds a new gear.  The Far North continue to bring us songs of hope and positivity much needed today in the world.
COMPASS POINTING - This track has real American Rock leanings, very Bruce Springsteen like.  There are hints of Countryand Folk Rock and also an influence of Johnny Cash.  Builds up to a storming crescendo to finish.  Classy stuff.
MY HEART - A slight Country Blues feel to this tune and reminds me of a Simon and Garfunkel tracl wth the vocals carrying the melody throughout backed by beautiful slide guitar.
STRONGER TOGETHER - This is probably the nearest song to The Fireflys' back catalogue.  It has elements of Indie Rock and Folk with a nod to Country Blues.  Bob Seger, John Cougar Mellencamp and Tom Petty crop up for me durung the listen.  Love this track.
SLEEP TIGHT SONGBIRD - Reminding me a little of Bob Dylan (although not a fan of his acquired taste off key vocals but a great songwriter nonetheless).  The composition and melody is very Dylan-esque in my ears.  Its slow, melancholic and eerie sound match up with Lee's throaty, emotive vocals.  A new favourite of mine it seems!
GRACE - An epic emotional mid tempo Country Rock ballad with hints of Irish sea shanty moments.  A really delightful song, another gem.
1994 - A moody, emotional track with a Neil Young/Bob Dylan hybrid vibe.  Its 2 minutes and 44 secons of sweetness.  At times there is are moments of classic Folk Rock of the Simon and Garfunke calibre.  Very nice indeed.
GENTLE SOULS - A really lovely song to finish a fine debut album.  The title of the album is taken from this track's lyrics.  There is a big Neil Young influence here and its evocative of the 70s Folk Rock era.  Beautiful melody and the guitar/piano merging are Acoustic perfection.  This is The Far North, they bring songs for gentle souls...welcome.
album americana artist folk music the far north