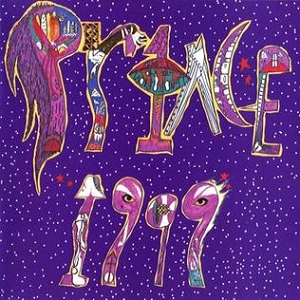 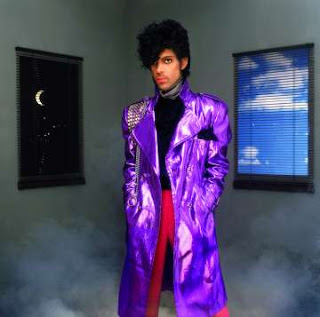 1999 - Prince's iconic fifth album was years ahead of its time, apart from the obvious title, this set paved the way for what was to come, the genre experimentations corssing boundaries. This opening title track was immense, it was a fun, funky, disco dancing tune.  The fact that the lyrics were incredibly dark and concerning the end of the world didn't matter.  Prince just told us to party while the workd was burning! It was Funk Synth Pop, Disco and a little New Wave.  A classic.  Everybody's got a bomb but dance!

LITTLE RED CORVETTE - This was the track that got me hooked completely on the great man.   The epitomy of Prince, this was another storming track.  The fusion of Rock, Funk and Dance were to be his trademark.  Throw in the obligatory seductive lines and sexual innuendos, this was just a masterpiece.  An MTV classic and rightly so.

DELIRIOUS - A quirky, quick fire, Jazzy styled squeaky keyboards and dance beat track.  It is bright, breezy and fun, it sounds like prince was having fun.  Its Bluesy and has elements of Electronic Pop.

LET'S PRETEND WE'RE MARRIED - An incessant synthesized keyboard and chopping drumbeat keep this track moving.  Its New Wave in style, with hints of Kraftwerk in there too.  The first overtly sexual lyrical content on the album.  No innuendos here, and no repeating of the words here for minors reading this review!  Love this track though.

D.M.S.R - An absolute gem and one of my favourites from Prince.  Dance, Music, Sex, Romance, the four cornerstones of Prince's songwriting techniques.  This is Funk, Disco, New Wave and Synth Pop at its best. Over 8 minutes of class, it will have you singing the the four words constantly throughout and playing your imaginary funky bass.  Simply class.

AUTOMATIC - An all out seduction song, one of Prince's many in his catalogue.  New Wave Funk Pop over 9 and a half minutes.  Its repetition does not derive from a great song.  Maybe one for the Prince officianados like me who love the elongated epic tracks.

SOMETHING IN THE WATER (DOES NOT COMPUTE) - Not one of my alltime favourites as its quite experimental.  Its sparse Electro Synth Pop backing with Prince singing softly only to scream at any point and violently at the end, wondering why all girls are the same and things don't make sense.  As with most of Prince's below par songs, they are still miles ahead of most artists.

FREE - A pure Prince Soul ballad led by strong piano and guitars.  Its a political statement in an emotional cloud with some Gospel choir-like vocals for good measure.  Its powerful and the message is " b glad that u r free, free 2 change ur mind".  Things could be worse...

LADY CAB DRIVER - Full on glimpse into Prince's "dirty mind" as we hear him taking a cab "ride" with a lady cab driver and having some good, "clean" fun with her.  This is before the keyboards let rip and bring him back to reality with street noises aplenty merging with the backing.  Its naughty, its fun and its funky!

ALL THE CRITICS LOVE U IN NEW YORK - One of those strange Prince tracks that just don't hit the mark with its experimentation.  Its repetitive title lines and its sarcastic lyrical content at the fake inhabitants of New York may be lost on anyone outside the city or who hasn't visited there.  It has a lot of up and down beats, various whirrs and vocal snippets and effects.  Not a favourite.

INTERNATIONAL LOVER - The song that awarded Prince his first Grammy nomination.  Its another seduction song just under 6 and a half minutes.  Prince is the captain and in this aeroplane one special lady is going to have fun.  Prince shows off his amazing vocal range in this big Soul driven number.  Hi soon to be trademark screaming falsetto can be heard in full effect.