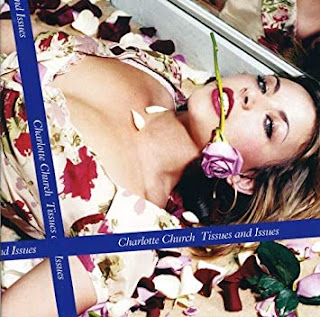 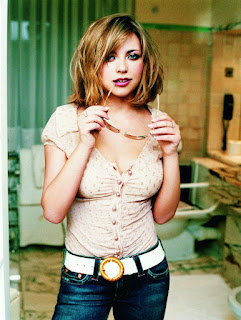 CALL MY NAME - The first Pop album from the former Classical "voice of an angel".  I was disappointed she did not keep this style going for a couple of albums as I really enjoyed this one.  I am an admirer of the feisty Welsh lady with the wicked sense of humour, she says how it is which is alright by me.  This opening track is big, brash and extremely funky.  Charlotte's voice is well suited to this new style, this is an awesome toe tapping, thigh slapping delight.  One of four top 20 singles from this set hitting number 10.

CRAZY CHICK - The debut single and when I heard this I was surprised who it was.  A great catchy Pop Rock track which hit number 2 on the UK chart.  The video showed a cheeky, sexy rocker, a world away from her previous persona, Charlotte had grown into a bona fida "rock chick".

MOODSWINGS (TO COME AT ME LIKE THAT) - The tempo drops slightly for this track, a little jazzy, a little funky and extremely melodious with a Grunge like chorus.  Its soulful with a little R n' B too. This is the final track from the album also going Top 20 in the UK hitting nuumber 14.

SHOW A LITTLE FAITH - This track reminds me of All Saints or Sugababes, lots of varied vocals, soft drum beats and strings.  Brings back the 90s girl band Pop Rock vibe.  Nice.

FINDING MY OWN WAY - The first of two songs written with Marcella Detroit (Shakespear's Sister) which explains the big orchestral Pop Rock sound.  Beautifully sung, expressing a hint of the Classical voice that made her name, similar to Katherine Jenkins' singing Pop in operatic style.  Very nice song.

LET'S BE ALONE - The first of three tracks written with Robbie Williams' then writing partner Guy Chambers.  Its a mad, frenetic thrashing Electro Disco song with effects splashed all over it and various vocals including the "voice of an angel" throwbacks at the start and at the end, Dr Who theme style!.  It's a bit crazy but weirdly catchy!#

EASY TO FORGET - The second track with Marcella as one of the writers and it's a beautiful, laid back, whimsical track.  Lovely soft, emotive vocals from Charlotte over an Acoustic guitar to die for before the beats kick in and lift it to a kind of Morcheeba style Trip Hop. Nice.

FOOL NO MORE - This track is a delightful, smooth Jazz style track with Charlotte giving her best chanteuse vocal.  This could easily have been her James Bond theme.  It is big and anthemic and it is cool ending in a vocal crescendo.

EASY WAY OUT - It is a nice enough song but with Gary Barlow as co-writer it pretty much sounds like a Take That song with Charlotte singing.  It's a basic Pop song but it's not awful.

CASUALTY OF LOVE - Guy Chambers again co-writes this track and it is a gem.  A brilliant Latin feel to the track and some gorgeous Spanish strings backing up Charlotte's luscious vocals.

EVEN GOD - The third single from the album reaching number 13 on the UK chart.  Co-written with George O'Dowd (yes Boy George from Culture Club) it was released under a longer title of "Even God Can't Change The Past".  Again it is a lovely song and maybe a nod to Charlotte's former life as a young star.  Soulful and very emotive.

CONFESSIONAL SONG - The final track of the album and third and final track written with Guy Chambers.  It starts with light Acoustic guitar backing Charlotte's soft vocals for about 1 and a half minutes before kicking up a notch.  The drumbeat comes in and brings in the strings as the vocals rise in crescendo.  A fantastic song to end a very accomplished album.  Like I said, it was a shame Charlotte did not continue on this path as I think this is a brilliant album.