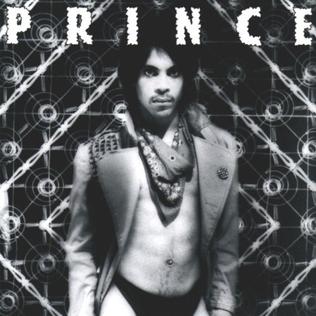 DIRTY MIND - The title track of this majorly creative and most controversial of his three albums so far says it all.  This Synth driven New Wave track led by the masterful keyboards of Dr Fink has a pumping drumbeat, crossing Disco and Funk.  Prince explains he has a "dirty mind" which is pretty much what this album is about, albeit brilliantly crafted.

WHEN YOU WERE MINE - I heard the Cyndi Lauper cover version on her debut album before I heard this.  I must say she did a great job.  This is the original with Prince giving us a straight out 80s Pop Rock track with the sleek guitars prominent.  Less falsetto than previous albums but this reminds of the New Wave sound of The Cars and early Blondie, showing Prince listened to what was going on around him.

DO IT ALL NIGHT - This funky slice of Pop Rock was the lead single in the UK for the album but still didn't get him noticed as yet. Its repetitive chorus over a simple keyboard arrangement and funky bass make it engaging but not the best Prince track lyrically.  Still gets the foot tapping though!

GOTTA BROKEN HEART AGAIN - The first ballad on the album, softly sung and emotive, a big soulful Gospel type song.  Its nice but doesn't have enough to compare with other great Prince slow love songs.

UPTOWN - A great mix of Funk, Pop, Rock and Disco.  The song tackles prejudices and racism and the place in the title is somewhere where no boundaries exist.  This is something Prince was an advocate of, whether it be genders, genres or music expression.

PARTYUP - Similar in vein to "1999", Prince doesn't wanna die in battle he wants to party.  Seemingly about President Jimmy Carter thinking about a possible military draft for the army.  Funk, Dance, Disco, Pop, Rock and Synth Pop all rolled into one.  "You're gonna have to fight your own damn war, 'cos we don't wanna fight no more" Prince sings to the end.

PRINCE AND THE REVOLUTION-"PURPLE RAIN"