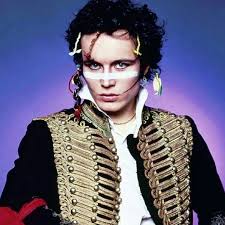 I probably picked up on Adam And The Ants in 1980 after seeing a performance of "Dog Eat Dog" on Top of the Pops.  It was like a blast to the brain.  This frenetic singer with a white stripe across his face singing with an angry and provocative manner.  The double drummers banging out a tribalistic boom in the background, this was like nothing I had heard or seen before.

I proceeded to buy the album, "Kings of the Wild Frontier" with its equally visual and striking cover of Adam's face digitised from video.  The album hooked me, the whole perception of Antmusic just engulfed me and I wanted to know and hear everything about this band.  My mum worked in a newsagents an brought me home anything and everything with Adam or the band on the cover, I ordered from the record shop the back catalogue including the early Punk material before "Kings.." including singles like "Young Parisians" and "Zerox".

The debut album "Dirk Wears White Sox" with a completely different lineup and sound was also groundbreaking, it was Punk but intellectual Punk with some weird and wonderful melodies and powerful, thought provoking lyrics.  I learnt all the lyrics to every song and impressed my friends (or so I thought) with my vast knowledge of The Ants. 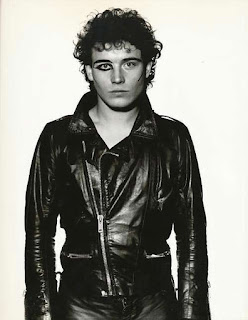 Every album was a new look and new sound which was what I loved, you never knew what to expect.  After the "Prince Charming" album Adam went solo and made a few more albums in the 80s with some successful single successes.  I was disappointed in 1985 at Live Aid as Adam only played one song (he was also annoyed at this).  Subsequently the album "Vive Le Rock" wasn't as best received but I still loved it.

I snapped up the next couple of albums as well as obtaining "Persuasion" which was never released officially.  I heard of Adam's problems and illnesses and on reading his autobiography was saddended by his bipolar problems.  I was excited that a new album was coming in 2013 and that all was well with him.  I was a little disappointed with "Adam Ant is the Blueblack Hussar in Marrying the Gunner's Daughter", it was not what i expected.  there was the odd decent song but it all sounded amateurish and mostly demo-like. 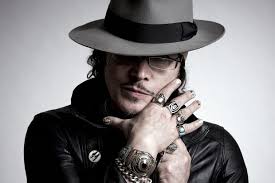 The album was supposed to be a continuation of the "Kings.." warrior look and album as he thought it was "unfinished".  This was not the Adam I knew, the creative genius who never did the same thing twice, every album and look was new.  I still think of him as an idol of mine and hope there could be something better.  He was the artist that dragged me kicking and screaming into the 80s and all the fabulous music of that decade.  An underrated artist in my opinion. 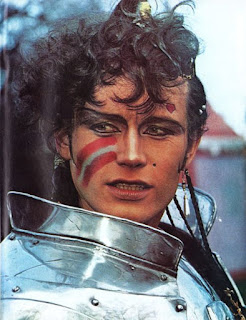