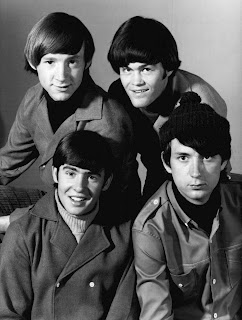 The Monkees are Davy Jones, Micky Dolenz, Peter Tork and Mike Nesmith.  The band were actually put together to form a make believe band in a sitcom but ended up being one of the most famous bands in the world.  Ironic.  I did not know at the time they were not a real band but loved the comedy series.  All the boys were funny guys and it incorporated sketches, a crazy storyline, some great songs and a variety of famous people at the time.

The show ran from 1966 to 1968 and the band only stayed together afterwards for 3 more years before breaking up. As I was born in 1968 I probably only saw re-runs of the TV show in the earlt 70s but absolutely loved the songs.  I never really liked The Beatles and to me The Monkees were the nearest thing to them in making really catchy Pop songs.  I still rate them highly today. 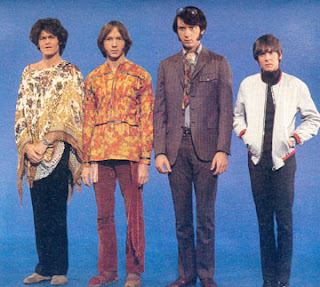 My music tastes hadn't really found an identity yet so The Monkees and ABBA were my favourite bands until the likes of The Sweet, Mud and others came around as well in the early 70s.  The band mades ome fantastic songs and also when they were allowed their creative freedom some that were ahead of their time, some Progressive and Psychedelic Rock, and some very edgy lyrics and social commentaries.

Sadly, Tork and Jones have passed away but the music lives on.  There have been a few reunion tours since the break up with various members of the band particiapting but their best days were the late 60s to early 70s.  Songs like "I'm A Believer" and the theme song to the TV show will live on in the memories of people of a certain era. 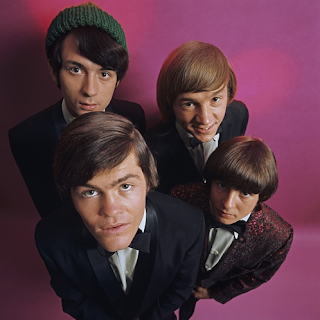 The band were always fun, never took themselves too seriously, just loved making music, which is what most of my idols and favourite artists do.  Nothing pretentious about the guys and the music was cool.  I have only since got hold of all the albums and found some real gems that were not as famous as the hits.
The music makes you smile and you instantly think of the guys having a lot of fun while making it.  From being a wannabe group of four actors/musicians pretending to try and make it big, they actually did in real life.  Probably why I prefer them to the Beatles because these guys were underrated and there were much better songwriters around in the 60s than the much overhyped Lennon and McCartney. 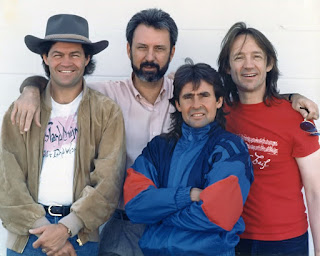