I first heard or rather saw Tori Amos on a music programme just after her debut album, "Little Earthquakes" came out, she was singing a song called "Silent All These Years".  The video was striking, I had never heard anything like it, it was sweet sung in a soft, whispering but strangely sexy voice.  The lady herself was a quirky, pretty slender girl with flowing red hair and twinkling eyes.  Captivated by the video and this voice I had to hear more.

Tori wasn't your average "pop star" and it was evident in here dbut album.  Brilliant singles like "Crucify" and "China" brought comprisons to Kate Bush,. While Kate was a fantastic artist, she was more theatrical and poppy, Tori was a Rock chick with a twist.  Playing organs and pianos, sometimes at the same time and sitting and moving provocativley on her stool while singing about social issues, her upbringing and even rape. 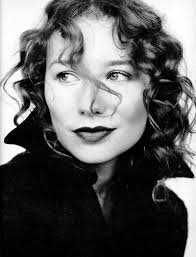 In 1996 on the "Dew Drop Inn" tour I witnessed the talent first hand at Liverpool's Philharmonic Hall.  As an orchetrated Acosutics venue this was perfect for Tori, her vocals were echoed just enough to be more powerful and her whispers just right.  The keys sounded fantastic, this was probably the most unique gig I ever went to.  Normally an artist with a piano would be one to steeer clear from, but she was funny, quirky as you'd expect and entertaining, talking with the crowd throughout.  The song "Me And A Gun" about her own rape (not by a gun but at knifepoint) was just incredibly powerful.

Tori plays like a Rock chick not a Classical artist, her ballads are sweet and sincere and her more aggressive songs are backed by big and powerful keyboard playing.  Everyone probably only knows Tori from "Cornflake Girl" but there are so many great songs.  I have every album and although my favourites stem from the first few, each one has a distinct identity. 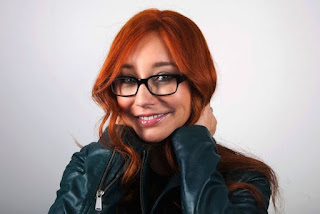 Admittedly I was taken in by this striking redhead girl who seemed cute and sexy but since being a fan I have an admiration for her as an artist.  She pulls no punches, she does what she wants and her sound is unique.  If she was Madonna I am sure she would have more attention but for me she is an Indie Rock artist, and like Prince, she isn't bothered if people like her, or her music just so long as she can continue to make it.

Tori was the first spokesperson for RAINN "Rape Abuse & Incest National Network" and when I subscribed to her official fan magazine proceeds went to the organisation.  Tori is an original and it just shows how sometimes you just don't know what you like until you hear or see it.  Just a girl playing a piano...luckily I saw a talented female artist who played on a par with the Rock artists.  I did not like Nirvana "Smells Like Teen Spirit" until I heard Tori's version and actually understood the words!