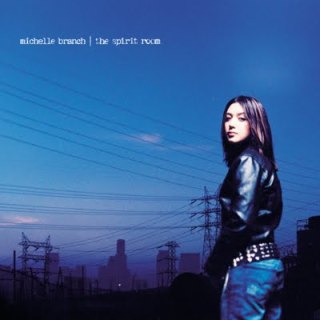 EVERYWHERE - The opening track on Michelle's second album and debut single is a great Pop Rock track, considering the lady was only 18 years old on release, her vocals are exceptional.  Searing guitar riffs, pulsating drums, light and angry vocals and melodies make this a top track.  Reaching number 18 in the UK chart this was a gem.

YOU GET ME - A slightly slower tempo than the opener but no less quality.  This is an easy going Pop ballad with a catchy chorus.  Reminds me in style of Natalie Imbruglia and No Doubt.  Proving that the young singer can emit emotion in her vocals.

ALL YOU WANTED - The second single from the album is a slinky guitar based Rock ballad similar in vein to Avril Lavigne.  Another big chorus and heavy guitar riffs make it the perfect follow-up to the debut track.  Criminally only reaching number 33 in the UK chart but a great track.

YOU SET ME FREE - A light and breezy summery Pop track with beautiful harmonies on the chorus.  Sounding a little like The Corrs it is not as rocky as the previous tracks but a really nice song.

SOMETHING TO SLEEP TO - An almost Grunge Rock ballad, again there is a hint to the likes of Avril Lavigne, Amy Studt or Alanis Morissette.  It is a powerful, angry and moody track that keeps you engaged.

HERE WITH ME - This is a 90s style Pop based track sounding a little at times like Britney Spears in her early successes.  It is more electronic than the tracks already heard but its a cool track.

SWEET MISERY - Ironically this sounds a little like Madonna in her 90s and 00s phases (this album was released on Madonna's company Maverick).  A really lovely feel to the song, emotional and uplifting at the same time. It has that haunting melody at times from the Pop Queen's ballads of the time.  Nice.

IF ONLY SHE KNEW - This has hints of Blues, Funk and Country but is primarily a gritty Rock track again with a brilliant, catchy chorus.  Not sure why but it reminds me of Nickelback but with female vocals.  Should have been a single, it matches the first two releases perfectly in style.

I'D RATHER BE IN LOVE - A kind of New Wave Pop Rock track and the first one that doesn't really grab you like the previous tracks.  It's not  bad track but the quality of the track pales from the rest of this great album.

GOODBYE TO YOU - The third and final single from the album and its a Pop Rock ballad with a Grunge feel yet again like Avril Lavigne.  A powerful, emotive vocal carries the track over a layered stady backing track.  It's cool.

DROP IN THE OCEAN - The album's finale is a Trip Hop like atmospheric track with minimal electronic orchestral moments at times.  Michelle's varying emotive but strong vocals carry this to another level.  Its a downbeat end to a really upbeat album but its a cool, calming track.