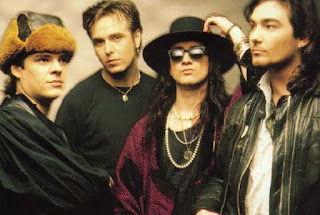 I was never a Goth or was into that culture, although I was a fan of The Cult who were considered Gothic Rock.  I did secretly like The Mission's tracks in the mid eighties, "Tower Of Strength" and "Beyond The Pale", although dark at times they had this great mystical, almost medieval tribal quality.  After a couple of yearsI had all the back catalogue up until that point and became a big fan, culminating in going to a gig with a couple of friends.  This gig was a charity fundraiser in 1989 for the Hillsborough Disaster and also featured performances by The La's and Pete Wylie at Royal Court, Liverpool.  The La's were ok, Wylie dreadful but we were there for The Mission.

Upon entering the venue while waiting outside we distinctly felt out of place, here we were in tops and jeans and surrounded by a sea of black!.  Unnerved we went ahead with the gig, the band were fantastic, full of energy and the performances of the songs were spot on!  we didn't finish the gig as we needed to get the last train home, but they played the Punk classic by The Stooges, "1969" and everybody started kicking each other! We decided it was time to go after my mate punched a guy who was clearly out of it onto the floor with a slight punch! Hilarious now but it was a bit scary, still it was a great gig! 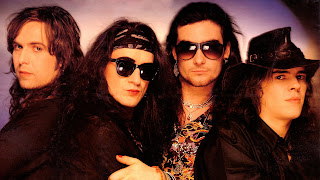 That gig only enforced my love for the band, I found out singer Wayne Hussey was from Liverpool as was Ian Astbury of The Cult so that was cool.  The album "Carved In Sand" to me was a masterpiece headed by the brilliant "Butterfly On A Wheel".  The music now had a little Progressive and Classic Rock vibe with anthemic choruses, lilting ballads and great melodies.  I wondered why this band was not that heralded by the music press and they were very underrated in my opinion.

During my listening to the band I picked up on Sisters Of Mercy as well, after previously in the early 80s wondering what the hell was going on with them, as they sounded so dull.  Funny how your listening tastes change and if you listen sometimes you may find something that you like.  Hence this blog, you may find something new you normally would not listen to or look for.  The Mission were kind of my guilty pleasure, because I had previously thought Gothic Rock was just for a miserable bunch of people who liked wearing black! Apologies to Goths everywhere! Like Punks before them, the misinformed just saw the outer view and didn't realise some had great humour! 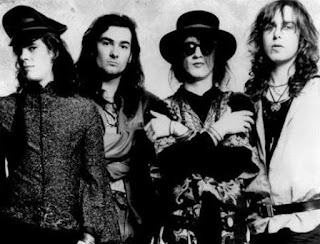 The Mission are still going today and I have every single album to date.  I think they are a unique band and overlooked by the Rock press because they are not classed in that genre.  For me, they are indeed a Rock band who can deliver all types of Rock, with the vocals and songwriting of Wayne Hussey sometimes quirky, solemn, controversial and thought provoking and romantic.

Considering the Gothic phase hasn't endured well over the years, this band have rose like a phoenix from the flames and become a mature and exciting all genre Rock band. 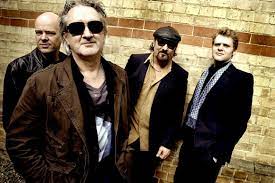 "WASTELAND"
"BUTTERFLY ON A WHEEL"
"DELIVERANCE"