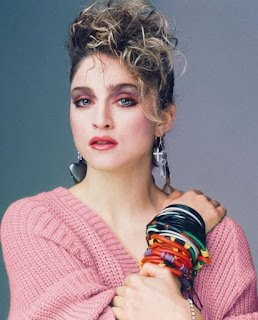 Madonna is an icon and a music legend, although the last few albums have failed to resonate with me including the last album, "Madame X" which was clearly aimed at kids with no sense of music quality and chart "listeners".  However, she became an idol of mine along with Debbie Harry, Prince and Adam Ant during the 80s.  The first time I saw her or heard her was on The Tube on Channel 4 in the UK singing "Holiday".  I thought the song was so unique to anything else around, its beat infectious and this 20 something girl singer was cute and quirky.

Throughout the 80s and 90s Madonna was undeniably the Queen of Pop.  She was daring, controversial and had a firm hand over her career.  She was an inspiration to so many female artists today and became the girl every girl wanted to be and the girl every man wanted to date.  The clothes, the fashion, the music all evolved more maturely as the years went on.  The classics roll off the tongue like "Like A Virgin", "Like A Prayer", Vogue", "Frozen", the list is endless.  I collected every vinyl I could lay my hands on, like the previous artists I mentioned.  The tours The Virgin Tour, Whos' That Girl, Blonde Ambition and The Girlie Show were masterfully created and given. 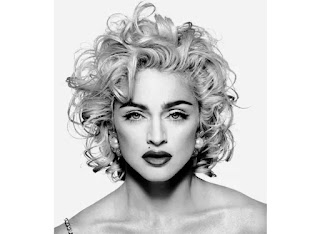 I loved every album up to and including "Music" in 2000.  I was a little disappointed with "American Life" in 2003, although a handful of the songs was a mature sound, others lacked something unique.  All of the albums that folowed were the same for me, even though I bought every one and still will to keep my collection intact.  Every album before 2003 had maybe one or two songs that couldn't live up to the rest, but it was mainly Madonna quality.  The last few have made it difficult for me to pick out the quality from the lesser ones.  This is just my opinion but where as her music was maturing she seems to have regressed.

Whereas I admired Prince for not caring about the charts anymore and creating more and more for his fans, along with Duran Duran and A-ha and other 80s acts.  Madonna seems to be concerned too much with the "charts" which mean hardly anything now and the kids vote.  For me, she should mature and give us loyal fans what WE want, quality music. 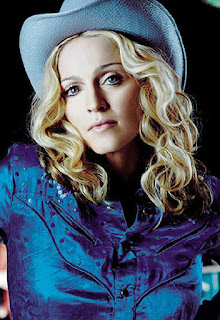 I guess she has her reasons, but "Madame X" is a far cry from "Like A Prayer" or "Ray Of Light".  This disappointment does not retract that I still admire her and call her an icon, her music has a lasting legacy however the future may turn out.  She will do what she wants to do, which is admirable, but fans have to come into the equation somewhere.  Getting Number 1 used to mean millions have physically bought your record, now it means a lot, lot less.  Hefty prices for concerts, lateness, cancelling, and still with a poor quality of music won't shake her from her convictions. She never waverd in the face of adversity, probably why she has endured so long.

Her music has been fantastic and my collection of vinyl and cds take pride of place alongside my vast collections.  I always remember sneakily buying the "Sex" book in WHSmith and somehow buying (unnoticed) the Penthouse book with the early nude photos.  This is how I was in the 80s and 90s, anything that had any of my idols on or in I wanted.  Madonna has been a cute starlet, a disco queen, an actress, courted lots of controversy, politically informed and stood by any of her actions.  She stood up for women's rights, took charge of her career in a male orientated business and became a global star through sheer hard work.  Latest music aside, she has been incredible for the music business and will always be known for that. 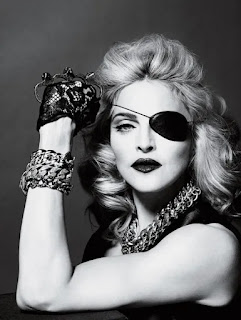 "INTO THE GROOVE"
"RAY OF LIGHT"