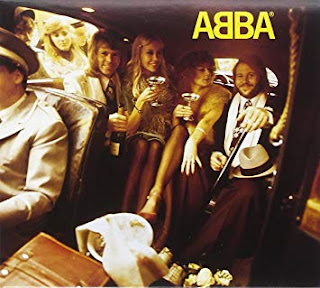 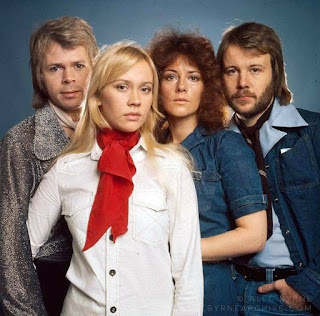 MAMMA MIA - Abba's third studio album is almost like a hits album in itself with so many well known songs on it.  This opening track was a mega hit across the globe and was the sixth single from the set and the first UK number 1 since "Waterloo".  A classic Abba song, Europop merging with Progressive 70s Rock, a pure timeless gem.

HEY, HEY HELEN - A little Disco, a little Glam Rock and a little Europop. A simple but effective and engaging experimental track.

SOS - Reaching number 6 on the UK chart, this is one of my favourite Abba tracks.  An anthemic Rock Pop classic sung beautifully by Agnetha.

MAN IN THE MIDDLE - Led by Bjorn on vocals, this is a cool, funky track with a great chorus and laid back, sleazy attitude.  Love it.

BANG-A-BOOMERANG - Both girls are back on vocals for this song.  A typical Europop style with a hint of 60s Wall of Sound Motown.  It is catchy and again memorable. Not released as a single in UK but was a minor hit in several countries.

ROCK ME- An absolute favourite of mine.  Led by Bjorn as is usually the case on the rockier songs.  His throaty, hard rockin' vocal merges with the infectious beat and guitars to make a melodious old fashioned Rock 'n Roll track.  Nice.  Interestingly not a single worldwide but a hit in Australia and New Zealand!

INTERMEZZO NO1 - An almost Classical/Progressive Rock instrumental, both eerie and off beat quirky.  Its cool if you like instrumentals, but for me Abba is the vocal harmonies..

I'VE BEEN WAITING FOR YOU - A big powerful Pop ballad sung by Agnetha.  It's anthemic Europop, its not a great Abba song for me, but then it has a lot to live up to!

SO LONG - Similar in vein to "Waterloo", the Rock 'n Roll Pop style is brilliant once again.  Another favourite of mine of so many.  The first single on the album released in a handful of countries but not UK and yet we still all know it, like so many of the band's lesser songs.