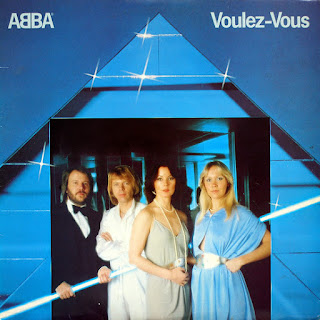 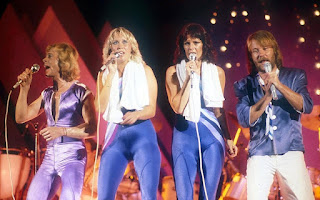 AS GOOD AS NEW -  Abba's Disco styled sixth album opens with a stomping, fast paced funky track sung on lead vocals by Agnetha.  The lyrics may be not as inciteful as some of the Swedish band's tracks but its got a great feel good vibe.  A simple but effective introduction.

VOULEZ-VOUS - The title track hits that perfect Disco beat and sound, a classic Abba track and in my opinion, one of their best.  Although the album is a year before the 80s this is straight out of the mid 70s club Disco scene.  Great track and reached number 3 in the UK chart.

I HAVE A DREAM - Frida takes lead vocals on this melancholic but positive track.  It is a beautifully crafted song.  It reached number 2 in the UK chart held off by Pink Floyd's "Another Brick In The Wall".

ANGELEYES - Another favourite of mine.  Released as a double A side with "Voulez-Vous" but its a great song in its own right.  Another catchy Disco Pop track, great harmonies and melodies as usual.  Timeless classic once again.

THE KING HAS LOST HIS CROWN - A mediocre track for me, although ably sung by Frida.  It moves away from the Disco sound and this is just an average Pop ballad.

DOES YOUR MOTHER KNOW - Class track and another favourite.  Bjorn again taking lead vocal duties on the rockier songs.  This is great,  a pumping Disco beat with Rock leanings, great backing and harmonies from the girls.  Brilliant and reaching number 4 on thr UK chart.

IF IT WASN'T FOR THE NIGHTS -  This is like a Motown Disco track from the early 70s.  It's not a bad song but fails to grab me like most Abba songs.  Maybe because it sounds like many other songs of this genre, whereas Abba are usually pretty original.

CHIQUITITA - Absolutely love this song, really emotional and uplifting.  In Spanish it means "little one" but the single was huge reaching UK number 2.  Agnetha takes the main lead vocals but the chorus is so anthemic the track became one of the band's biggest hits.

LOVERS (LIVE A LITTLE LONGER) -  Frida and Agnetha exchange vocals in this orchestrated/guitars hybrid of a mid tempo Disco tune.  A decent track if not a great one.

KISSES OF FIRE - Half Pop, half Disco, this track is pretty cool.  It is like a mix of all the tracks we have previously heard with elements of everything.  Good track to finish.