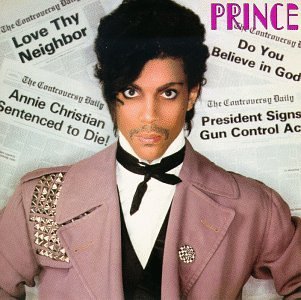 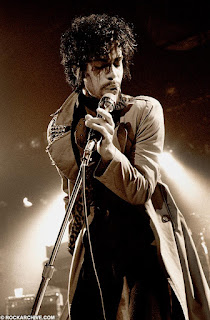 CONTROVERSY - Prince's 4th album is said to have bridged the gap from the sexual energy of "Dirty Mind" to the Funk Rock Dance phenomenon created on "1999".  The album opens with the epic 7 minute Dance title track.  Its pumping funky beat along with delightful keyboard harmonising keeps the energy flowing throughout.  Prince acknowledges the so called "controversies" and pretty much blatantly spells it all out about the pre-conceptions about him "am I black or white, straight or gay?" and also culture in general.  It didn't chart in the UK on release but made number 5 a mere 12 years later!

SEXUALITY - Another funky Dance number with Prince declaring that "sexuality is all we ever need".  Of course everybody must dance as well! A great track and glides along nicely with Prince's trademark sexually charged spueals adding cheekiness, eroticism, or whatever the listener takes from it.

DO ME, BABY - This track has no such innendos, it is what it says on the tin! Prince desperately asking a lover to "do me, baby" is exactly what you think.  Its a slow, sexy, piano led love ballad as is synonymous with Prince's catalogue.  There are no hidden overtures at the end where Prince literally takes matters into his own hands, if you know what I mean?.  Yes its filthy but its Prince, and its great.

PRIVATE JOY - A jaunty, bright and breezy song in a Motown/Blues hybrid ending with some nice screeching guitars which could have come earlier (no pun intended) in the song. Some real funky bass as well.  Cheeky and playful but cool.

RONNIE, TALK TO RUSSIA - A two minute anti-nuclear/war message to President Reagan.  Its hard hitting, no nosnense machine gun style tempo tells it like it is.  Prince has many times took a Political stance but usually veiled with clever lyrical connotations, this is straight to the point.

LET'S WORK - One of my favourite tracks in prince's catalogue.  A great Funk workout, similar to D.M.S.R. from the follow-up album, "1999".  Prince delivers a falsetto vocal over a pumping beat while the synths and keyboards give a kind of melody.  Way ahead of its time once again.

ANNIE CHRISTIAN - An unusual overdubbed track filled with techno synths, electronic whirss and faint guitar solos.  The subject matter deals with obsessive fans and their weird desires to assassinate celebrities in the "name of God".  Another hard hitter but Prince was never afraid to voice his opinions on anything.