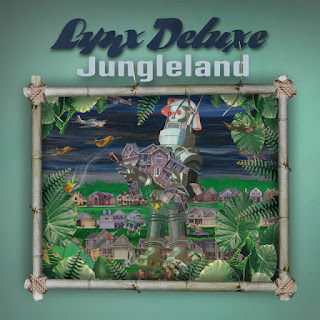 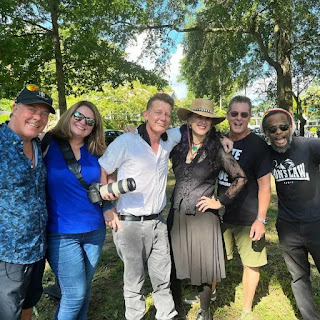 JANE GOODALL - The opening track is presumably about the renowned primatalogist and anthropologist noting the "queen of the jungle" reference.  It's a booming Gothic/Punk hybrid with a pounding beat that conveys a "jungle" background to your ears.  It's a plethora of sounds converging as one to make a cool first listen on this album.

THE STRUGGLE - I love the relentless drums on this track and the accompaniments remind me of The Jam and The Clash if they played together.  It has that almost funky rhythm with jangly guitars that were reminiscent of Bow Wow Wow (although with more "oomph") with some low toned and chanted vocals. Atmospheric at time, sounds really cool in earphones!

MERCY - A nice slice of laid back bluesy Rock, a little like Van Morrison or Joe Cocker in style.  Ticks along at a mid tempo pace with a great chorus and powerful Rock vocals.

SAINTS - This track is one of my favourites, a Rock track mixing Alternative, New Wave and Punk.  The repeated chorus will have you singing this for hours after you hear it.  Great stuff.

A LITTLE PIECE OF ENGLAND  - A more minimal track with leading keys and brass and a distinct Jazz Rock feel.  Nicely done and relaxing.

STEPPIN' ON GOLD - A really nice, melancholic slow Classic Rock ballad with some great guitars here.  Showing this band is not a one trick pony, they can mix it up a little.

BOMBSHELLS - This is a myriad of sounds and styles but predominantly an Alternative/New Wave Rock Pop track.  Another favourite of mine.

HIGHWIRE -  An almost Blues track with a hint of quirkiness, not sure if it reminds me of early Springsteen or a little B-52s.  An easy going tune.

SHEILA'S GHOST - The pace picks up again with this track, a soulful Pop Rock track with nods to Springsteen, Punk, Country and the pace reminded me of Deacon Blue on their album, "When The World Knows Your Name".  Loving this track.

WALKING AWAY FROM VEGAS - An atmospheric track with a little Country, Gothic Rock and Blues.  This band sure cannot be pigeonholed into one genre, they do it all and throw it all together to make a great unique sound!