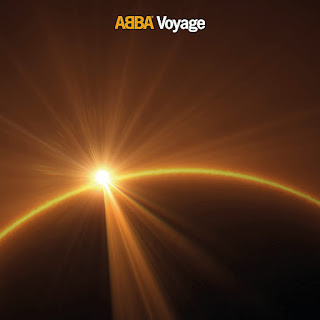 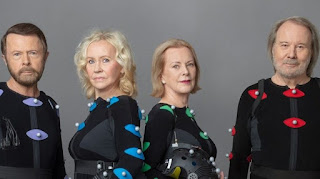 I STILL HAVE FAITH IN YOU - The lead track from the band's first album in 40 years has Anni-Frid  Frida) Lyngstad taking lead vocals.  It is unmistakeably Abba but takes time to grow on you.  It seems to me more like a musical number but its a nice opener.  This reached number 14 in the UK chart.

WHEN YOU DANCED WITH ME - This is more like the Abba we know, a bright and breezy almost Folk Europop track with a catchy melody.  The girls Agnetha and Frida in perfect unison.

LITTLE THINGS - A lilting lullaby style song that is a sweet track but not really grabbing you.  This only reached number 61 in the UK singles chart when released.

DON'T SHUT ME DOWN - Released as a dual single with the album opener but this reached number 9 in the UK chart.  Sung beautifully by Agnetha this is a return to Abba gold.  A catchy chorus and a more upbeat Pop style.

JUST A NOTION - Reaching only number 59 in the UK singles chart this is a new favourite of mine.  It is bright and breezy Europop with an infectious melody.  Great track that was apparently written for "Voulez-Vous" as a demo!

I CAN BE THAT WOMAN - Agnetha takes the vocal reins again on this song.  A minimal soft, emotional ballad that is delivered with all what we expect from this iconic band.

BUMBLEBEE - One of those almost nonsensical tracks that Abba occasionally throw on albums.  This time sung by Frida.  It is clearly a filler for an album. Not much going on of note.

NO DOUBT ABOUT IT - Finally on this album Frida gets a great track to sing vocals on.  This is brilliant 80s Pop Electronica.  Catchy and with that little glitter that is the Abba brand.  Best track on the album!

ODE TO FREEDOM - A kind of sombre end to the album, the girls sing vocals that are almost so quiet they are hardly heard and the music is of a closing musical end.  On the whole a decent album but could be better.