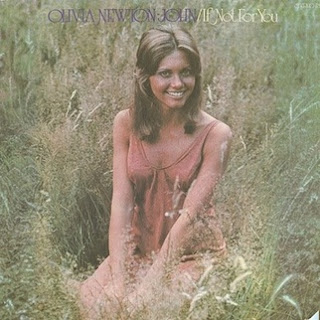 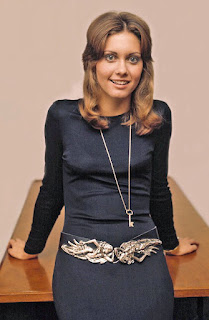 ME AND BOBBY MCGEE - A cover of Kris Kristofferson's Country track opens this debut album by a then 23 year old Olivia Newton-John.  Even though this isn't one of my favourite songs you can hear the purity in her voice even on this first song.

IF - This time the cover is of Bread's 1971 smash hit soft ballad.  A really beautiful rendition here, although it has been covered many times since, this surely is the most emotional.

BANKS OF THE OHIO - A well known Country standard since the late 1920s sung by many of the genre's stars.  It is a classic old Country and Western song that despite the lyrics being a little sinister its still classed as a love song! This version is my favourite and Olivia sings it flawlessly. Released as her second single it reached number 6 on the UK chart.

IN A STATION - First released by The Band in 1968 this Americana style track is given a very slight Country twang but still keeping its soft rocky ballad intent.

LOVE SONG - A beautiful, atmospheric easy going ballad that was originally by an English singer called Lesley Duncan but she failed to achieve success.  Olivia has made this one her own, really nice.

HELP ME MAKE IT THROUGH THE NIGHT - A quite famous Country song composed and recorded by Kris Kristofferson in 1970.  This has been covered many times by such icons as Elvis Presley, Joan Baez, Jerry Lee Lewis and Mariah Carey.  Yet again Olivia makes this her own with some effortless vocals.

IF NOT FOR YOU - This Folk style track was written by Bob Dylan and recorded many times, this version is a cover using George Harrison's arrangement (after revamping the track with Dylan).  Another of my favourite "Livvy" songs. She has the ability that few have (Karen Carpenter,Sharleen Spiteri from Texas) that her vocals just sound pure and any note is sung with ease.  Her debut single and it reached number 7 in the UK chart.

WHERE ARE YOU GOING TO MY LOVE? - A hit for Brotherhood of Man in their original line-up in 1969.  This is a straight up Pop ballad that Olivia's angelic voice suits perfectly.

IF YOU COULD READ MY MIND - Originally a hit by Canadian singer-songwriter Gordon Lightfoot.  This is a Pop/Folk Rock ballad that I swear the melody in parts was brutally ripped off for Whitney Houston's "The Greatest Love Of All".  I am surprised nothing was made of this!

IF I GOTTA LEAVE - A song written by Tony Hiller (founder of Brotherhood of Man) and Paul Curtis (holds the record for most Eurovision compositions to compete at 22!). A bright and breezy summery sounding Pop song.

NO REGRETS - A song by Folk and Blues singer Tom Rush.  I didn't realise until hering this again that it is the same Synth Pop cover "No Regrets" that Midge Ure released in 1982.  Olivia's version is a laid back Country song that again she delivers with aplomb on her first ever solo album.