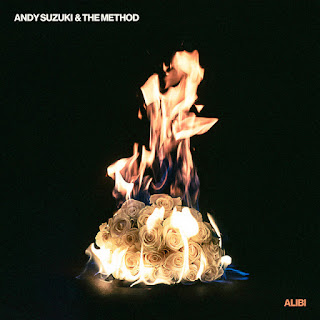 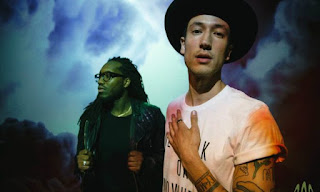 MEDICINE - This third album by the New York based songwriters Andy Suzuki and Kozza Olayunki-Babumba kicks off with a Pop Rock track that has a big vocal and 70s sound.  The style actually reminds me of David Eseex's "Rock On" from 1973.  Its atmospheric percussion is booming and brash.  Great opening track.

DIRTY FLOORS II- A brilliant 80s/90s Rock stomper comes next, its got that almost stripped back feel enabling the percussion to take centre stage with the powerful vocals.  Reminds me of some of Bon Jovi's more fuller sounds on albums like "These Days".  Love it.

CAN'T TALK - A kind of Country Rock/Blues hybrid. which packs a big punch.  Add a catchy chorus and this is elevated even more.  One of my favourite tracks, a gem.

OLD LADY - A dirty Blues track that has hints of arena Rock styles and Rock 'N Roll.  Like the other tracks here I listen on headphones and it sounds fantastic, such a pure "live" sound.

LET YOU WIN - The tempo slows down as this beautifully sung Pop Rock ballad comes in.  With minimal Acoustic backing, the vocals also cut a passionate and emotional stance.  A really lovely song.

SHAME - Really love this track, sounds a little like Richie Sambora of Bon Jovi on his solo albums.  This is a big funky Blues track that has a slowed down moody middle before ending as it began with a stomping bang!

YOU GIVE ME - A bouncy Blues/Rock 'N Roll track with a nice little Acoustic segment and searing anthemic guitar solos.  Scorching track.

SINNER - Booming percussion led track with funky guitars merging together to sound incredibly funky and also danceable at the same time.  Its still rocky as hell and finishes with a flourish.

THELMA LOUISE - Another slow ballad, a really pure instrumental Acoustic backing that makes it more emotional.  This album is a great set of songs and I look forward to hearing more.   I did review them for a short piece many years ago before my blog became an album review page, so I knew this would be good.