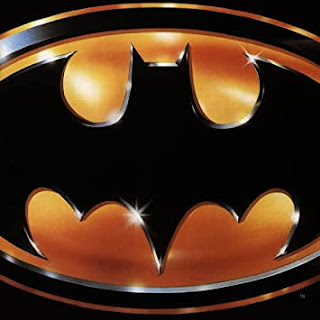 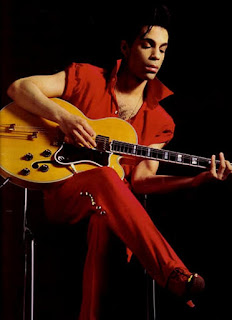 THE FUTURE - Prince's 11th studio album was a soundtrack to the film of the same name starring Michael Keaton.  Not a soundtrack score but tracks Prince wrote to accompany the film and his own ideas and a new persona, Gemini.   I think the album is underrated  by many and this opening track is a funky styled Electronic Pop track with a pumping beat and a genius spoken but catchy chorus.

ELECTRIC CHAIR - One of my favourite tracks, the guitar is amazing on this.  A screeching rocker similar to Prince's early late 70s days.  Very cool.

THE ARMS OF ORION - A beautiful sounding slow ballad duet with Sheena Easton. Not many fans' favourites but I love the sweet sound of this.  A contrast to the last duet, the upbeat "U Got The Look".  The third single from the album and reached number 27 in the UK CHART.

PARTYMAN - Another tongue in cheek classic from Prince, it is fun, quirky and funky as hell.  Awesome track and again criminally ignored here in the UK, reaching only number 14.  Also coming in various remixes which were equally appealing.

VICKI WAITING - A slightly funky slow to mid tempo ballad with a steady drumbeat backing.  Not one of my favourites but its a decent enough song.

TRUST - A big, brash funk workout track.  Reminds me of The Time in that quirky, teasing dance style.  Always loved this song.

LEMON CRUSH -  An experimental dark sounding slice of eerie Funk.  A mish mash of sounds, effects and drumbeats with perhaps the least notable lyrics on the whole album.

SCANDALOUS - This was released as a single in other countries, the style is similar to other saucy, sex laden tracks such as "Do Me, Baby".  Big operatic vocals, lazy, jazzy stle chanteuse backing, giving just the right "lighting" to an intimate time! On the 12" version it ends up being a 20 minute sex fest with his then girlfriend, Kim Basinger (who was Vicki Vale in the film).  Still its a great love song, Prince style.

BATDANCE -  Reaching number 2 in the UK chart, this first single from the album was a masterpiece of Prince's genius.  Keeping in the vein of the "Batman" keeping snippets from the dialogue, effects and incorporating hints of Blues, Jazz, Funk, Rock and mashing it altogether to make a unique track.  It is sheer class and definitely up there as one of my faovurite Prince tracks.  Like "Partyman" came in some brilliant remixes.