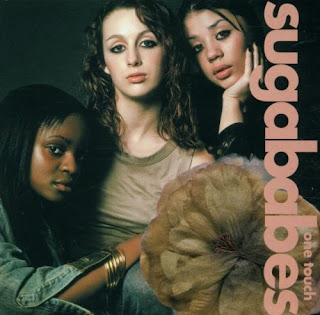 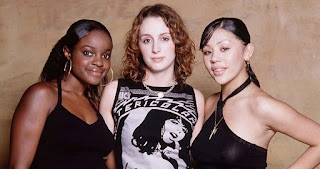 OVERLOAD - This debut album recored by the original three members as teenagers, was a brilliant first set.  This opening track was smooth, R 'n B/Funk with a throbbing steady drumbeat and some almost lazy, but engaging vocals.  The single reached number 6 in the UK chart and was a storming introduction to the girl group's career, as powerful an ear opener as Spice Girls' "Wannabe".

ONE FOOT IN - This song is pretty much a straight forward 90s style Pop song in the vein of Britney Spears and Christina Aguilera in their fledgling days.  A very accomplished track although a comedown from the opening track, it still has merit.

SAME OLD STORY - Another very smooth and mature track that you would believe it from Destiny's Child or maybe TLC not by 3 teenage girls.  This is a cool funky song with some really nice harmonies.

JUST LET IT GO - Again a song that the previous aforementioned seasoned girl groups would be proud of.  It's a soulful, mid tempo R n' B ballad that roams along nicely, although not one of my favourites.

LOOK AT ME  - A track that could be listed as "filler" for me.  It's one of those Britney-esque songs that doesn't really go anywhere or shine brightly.  As a new young group they probably were not going to give a perfect album as their debut so some songs may slip through like this.

SOUL SOUND - This is a really lovely slow, funky track with some gorgeous vocals and harmonies.  It is a light, breezy song that is really uplifting and has a slight 90s Pop Rock feel guitar.  Only reaching number 30 on the UK chart as the album's fourth single.

ONE TOUCH - A song that is a lure, lush Pop ballad that Spice Girls would have loved to have in their repertoire.  Nice laid back song.

LUSH LIFE - A mid paced R n' B song that has a few little electronic effects thrown in for good measure.  Reminds me of Madonna at times, a relaxing track with an almost Trip Hop element.

REAL THING - This track reminds me of early Janet Jackson, its a pleasant run of the mill R n' B song but nothing really grabs you.

NEW YEAR - Reaching number 12 in the UK chart as the album's second single this is a great song.  Mixing Pop, R n' B, Soul and lovely melodic harmonising by the girls.

PROMISES - The Synth Pop style of the backing and the girls harmonies and slight, unique offkey vocals make this another great song.  Strangely catchy in an eeerie kind of way.  Good track though.

RUN FOR COVER - Another track that reminds me of Madonna, and second only to "Overload" as the best tracks on the album.  The orchestral sounds and minimal beats complement the heartfelt vocals. Class.