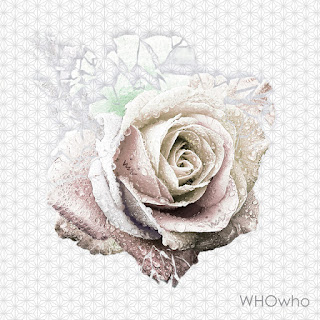 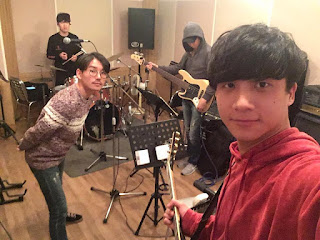 SINCERELY YOURS - I first reviewed this great South Korean Electronic Rock band in 2012 in a minor feature before my blog was solely album reviews.  This is the debut album and is an absolute gem.  This first track is a mix of Funk, New Wave, Synth Rock and Pop.  This is such a unique sound, merging genres all over the place.  Brilliant opening.

DANCE IN THE RAIN - Another great funky track which reminds me a little of The Police but with harder searing guitar solos!  A storming song and the mix of Electronic Synth style with Rock leanings is pretty ingenious.

OH YEAH -  The title track begins like a typical Dance Pop track with a pumping beat.  Then the 80s style Synth Pop comes in followed by some guitars and its a completely different song than it was in the beginning.  Its classic Europop style "oh oh" chanting and simple chorus just make it even better.

HER - This is one of the first songs I heard from the band and I loved it on first listen.  Its got a great melody and merges some Daft Punk style Electronic Dance with funky Pop Rock and Classic Rock guitars! Top song.

YOUR EYES - A fast paced Pop, Rock, Punk mixed bag! An awesome track with a pulsating frenetic guitar led finish.  I hope this band release more albums because I really love this mash up of styles.

METEORITE - An atmospheric Pop Dance song that oozes class, in the headphones this album sounds amazing because you can hear all the different little sounds going around your head.  Superb.

AVIATION - A funky Electronic Rock track which reminds me of very early Prince with its screeching guitars and frenetic fast paced beat.  Another very accomplished and well composed track.

LIMBO - Beginning like a soft Pop ballad this explodes into a great New Wave 80s Punk Pop sound. The changes within the songs really keep you engulfed in this album not knowing how its going to turn next!

721 - A change in pace slightly with this track, a straight up Synth Pop ballad beautifully arranged and sung.  A nice laid back track that is just a class song.

CITY LIGHT - An 80s Pop Rock track which hints at Pop Dance and Funk just to mix it up a little!

BYE BYE - A simple but effective Synth Rock track with a great funky style and a punchy eclectic ending.  Its simple lyrically but also catchy and the music does enough to grab and keep you listening.

04/10 - Unexpectedly the album finishes on a very melancholic note, a bit of a shock from the previous frenetic album tracks.  However, this is a beautifully sung and arranged ballad, proving that this band are not one trick ponies.  They can perform any style and genre and mix them up a little to make them sound unique.  Great album.