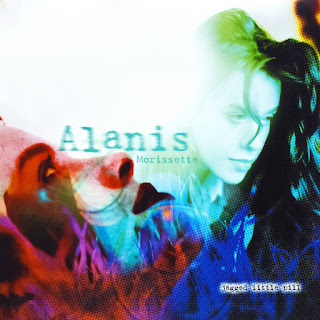 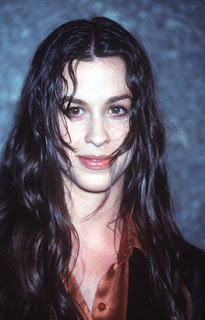 ALL I REALLY WANT - With elements of Classic Rock, post Grunge and Pop this was an ear opening unique track.  The first song that I heard from Alanis and its still a classic.  Angst ridden vocals with her own distinct quirky style make her an original artist.

YOU OUGHTA KNOW - Another classic Alanis track.  This has a harder 90s Grunge feel and more Alternative Rock style.  Enlisting the aid of Flea and Dave Navarro from Red Hot Chili Peppers on bass and guitar respectively gave this a funky feel as well.  Class.

HAND IN MY POCKET - Yet another outstanding track, this is a mainstream Rock song with Acoustic and almost Folk sections with a Bohemian feel.

RIGHT THROUGH YOU - This is a straight up Rock track with pumping drums and screeching guitars.  One of my favourites from her catalogue.

FORGIVEN - A dark, moody sounding Grunge Rock track continues the debut album's quality tracks with not a filler in sight!

YOU LEARN - An anthemic Rock ballad. the lyrics are from which the album title is taken from, "Swallow it down (what a jagged little pill)".  Another of my favourites of which their are many!

HEAD OVER FEET - A Rock track that shows Alanis' more softer side in the lyrics.  It tells the story of two lovers who are best friends and she thanks her partner for his understanding and kindness.  Lovely song and a memorable song.

MARY JANE - A Soft Rock song that allows Alanis' range of vocals and techniques to come to the fore.  Brilliant song.

IRONIC - The song that would be on everybody's lips when asked to name an Alanis song.  A massive hit globally explaining several "ironic" situations with a pumping, massive Grunge like chorus.  A classic.

NOT THE DOCTOR - Half Folk Rock and half Grunge.  The Folk style verses smash into a mega Grunge chorus.

WAKE UP - It would be easy to dismiss this as the last track of the debut album and finally find a "filler" but although its not as hard hitting as the rest of the album its still a great song.  Its slower tempo and mix of Grunge, Folk and Progressive Rock make it an experimental gem.