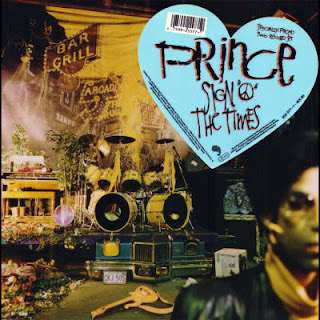 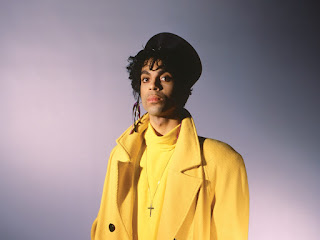 PLAY IN THE SUNSHINE -  Full on joyful and playful, a real Summer foot stomper with it seems like all the band in virtuoso mode, there a little instrument breaks all over and the chorus is singalong, just brilliant.

THE BALLAD OF DOROTHY PARKER - Allegedly was about a dream Prince had, even though the name was the same as an American writer and poet he later said he did not know who she was!  Its a very nice song, although the lyrics suggest it must have been a sex dream! Minimal backing again with just Prince on vocals and a lady harmonising which perhaps is Susannah Melvoin.

IT -  Guitar driven track, almost Hendrix style with a drum machine backing, searing guitars and Prince basically saying he wants to do "it", and yes your imagination is correct, it is precisely "that"! Great track though.

STARFISH AND COFFEE -  Apparently a sweet little story about one of Susannah and Wendy Melvoin's classmates, including all the names and even the starfish for breakfast were Susannah's recolelctions of Cynthia Rose! Minor drum, bass and keyboards that make for a jolly little ditty that kids can enjoy.

SLOW LOVE - An orchestrated typical Prince ballad with a little guitar and a lot of strings, an epic almost Classical Opera style.  Falsetto and normal Prince vocals abound for the full romantic effect.

HOT THING - One of my favourites, a pulsating drumbeat with brass accompaniment and bass was one of the "Crystal Ball" tracks as it references "tell him you're going to the Crystal Ball".  A little like another of my favourites from the "Lovesexy" album the following year called "Dance On".

FOREVER IN MY LIFE -  The track is minimal here and is a really lovely track and romantic, Prince singing in his usual voice and the backing vocals sometimes come to the fore over the lead which is very unique.  The "Sign 'O' The Times" concert film version has superb guitar backing, very Blues style and a little funky. Classic Prince.

U GOT THE LOOK - Duet with Sheena Easton, there is so much going on but its a great thumping track and background guitar riffs with harmonies, "Camille" (Prince's female alter ego, his voice speeded up basically) vocals and Sheena's unmistakeable (to UK fans who remember her hits from the 80s) vocal.
IF I WAS YOUR GIRLFRIEND - Sung by "Camille", again minimal keyboard, bass and drum beat singing a unique perspective of a man asking the woman if he was a woman would she open up her feelings to him.  Again, ground breaking at the time.

STRANGE RELATIONSHIP - Credited as "Camille" once again on vocals.  The keyboard Sitar sound gives a faint Easter feel to the track and its thumping drumbeat keeps the tempo going.  One of my favourite Prince tracks.

I COULD NEVER TAKE THE PLACE OF YOUR MAN - Over 6 minutes of class. Its Blues driven guitar with catchy chorus and searing solos and funky Blues break in the middle makes this an awesome song.

THE CROSS - Just amazing, the song that epitomises Prince as a superb guitarist and underrated.  A bluesy feel to the song, spiritual lyrics with slow guitar building and building into a mega crescendo solo ending.  Always loved this song live, the lighters would come out, the arena goes dark, and everyone feels part of the Prince family.  Maybe it wasn't God they believed in but Prince.  Just awesome.

IT'S GONNA BE A BEAUTIFUL NIGHT - Live Instrumental jam with all the Revolution involved, and fun is had by all.  Funky and with overdubs, a "transmississippirap" by Sheila E (allegedly recorded over the phone!) and each section of the band gets a segment to show their skills.  Brilliant fun and is a live killer.

ADORE -  This track ends the album with a falsetto ballad that would not be out of place on Prince's first couple of albums.  Its a couple of minutes too long for me, but its a lovely song and I am sure its been used on many a romantic night for lovers!