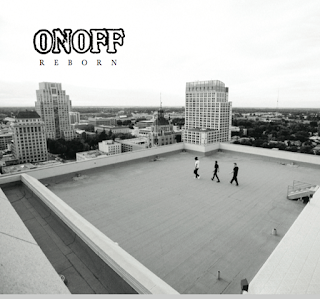 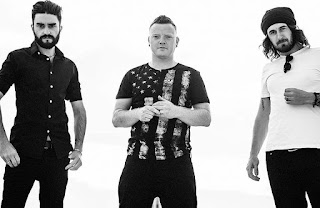 HAYLEY - A throbbing drumbeat reminding me of Iggy Pop, with vocals from lead singer "Paulie" sounding very much like Fall Out Boy's Patrick Stump.  A frenetic pace continues throughout the song with slight hints to Foo Fighters and snippets of Classic Rock.  A little funky Rock Red Hot Chili Peppers and Queens Of The Stone Age influences too I suspect too.  Brilliant track with super guitar solos.
INNOCENCE - New Wave Punk, sounding a little like Goo Goo Dolls.  Well crafted track that is becoming a favourite of mine since hearing it.  Melodious and emotive enough to grab you by the ears with a bang.  The chorus reminded me of the UK Indie Rock band Turin Brakes, also has little hints of 90s Grunge.  Has a slightly unusual, quirky last few seconds, that's all I will say!