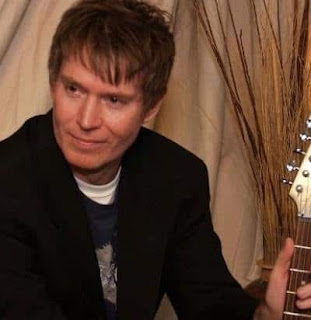 FIRST TIME - The opening track of the album is a scorcher, driving beats and full on electro guitars.  A mix of Prince, Rush and The Stone Roses it catches the ears instantly.  The brilliant chorus crescendo is almost as simple as Roxette, catchy Pop chorus ahead of a wall of sound that is heavy and rocky as hell.  Class start.

COME WITH ME - A gentle start but then guitars leap in with some heavy drums.  It has an almost Glam Rock feel with a real late 60s and 70s Psychedelic Classic Rock style.  Another gem following on from the opener, what a banging start!

MOVING ON - A very slight drop in tempo but no less quality.  The vocals have a kind of Folk/Americana vibe fronting a funky early 90s Madchester Indie Rock rhythm.  Just after the 2 minute mark the real funky interlude continues and again reminds me of The Stone Roses, atmospheric with a couple of spoken effects to break it up.  Really, really cool. Bright and breezy, good feeling Indie Rock.

LIFE - A more melancholic sound here, the sombre, deep drumbeat and mystical Progressive Rock guitars and keyboards make this a gem.  Surely a hint of Rush influence here again, Electro Rock at its best. Also has a hint of the band Yes in their heyday.  It's tempo is slower than the previous tracks but still powerful.

TAKE HOLD - This New Wave track has a positive vibe with vocalist Kevin Gullickson singing "Keep your head up". It is uplifting and emotive but in a feel good way.  It brings back memories of early Blondie and The Cars and also a little mid 80s Pop Rock.  Another great track.

I HAVE A VOICE - "I have a voice I will be heard" sings Kevin in this slower tempo Rock ballad.  A little Progressive Rock, Classic Rock and an inspirational Prince-esque guitar solo to finish, which I wished was longer.  It is an epic track with a few hints to Rush, Marillion, and of course Prince as I mentioned.  Radio Drive have this ability to incorporate many genres that grab you like, "this reminds me of.." yet it's completely unique.

ONE LIFE TO GIVE - A very unusual track mixing a little of everything.  For the couple of minutes or so you think this is a New Wave, almost Synth Pop track.  Then the noise level rises and it turns into a big, brash Grunge epic, then slows down to a little Country Blues/Americana.  It's not finished yet, another searing Prince- like guitar solo to finish off in pure Rock mode.  Genius.  One of my favourites from the band.

WHAT WENT WRONG - A moody, melancholic track with anthemic effects.  This is a straight up Rock ballad, emotional guitars abound and the orchestral sound in the background.  This is Radio Drive's "November Rain".  Fabulous epic track, engaging and heartstring puller for the whole near 6 minutes.

UNDER THE MILKY WAY - The longest track on the album coming in at 6 minutes 40 seconds and ends the album on a high.  A New Wave/Alternative Punk track, Kevin at times sounding a little like Iggy Pop.  A pumping beat with downbeat, moody vocals including some screeching guitars for good measure.  A great finale to a really good album, why are this band not bigger around the globe?.