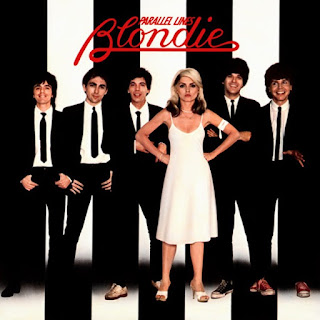 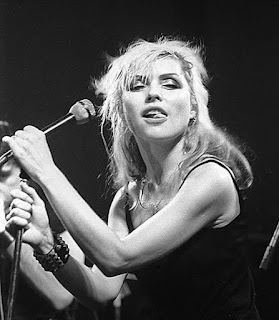 HANGING ON THE TELEPHONE - That unmistakeable telephone ringing intro kicks off and Debbie Harry sings her first line while the pumping drumbeat and New Wave sounds back her up.  An absolute classic Power Pop song.  Searing Punk guitars and Debbie's amazing vocals made this a massive hit all over the globe.  This third album made superstars of the band and forerunners of female fronted Rock bands in the future.
ONE WAY OR ANOTHER - The original version (not to be confused by the shocking cover by One Direction!).  This is a gritty, angry vocal by Debbie and its catching up with Blondie's Punk Rock roots.  Inspired by one of Debbie's ex-boyfriend's who stalked her.  Its slightly scary and musically brilliant.
PICTURE THIS - One of my favourite Blondie tracks.  Debbie delivers a lovely, sweet vocal over a New Wave backing, some nice guitar riffs and a steady, almost Rock N' Roll drumbeat.  Classic Blondie and a massive hit all over.
FADE AWAY AND RADIATE - An unusual track, mainly focused on a soft vocal with the backing music further into the background.  This eerie track has a Progressive Rock style and is a nice, relaxing ride after the first three well known tracks.  I always loved this one as the B-side to the single "Picture This".
PRETTY BABY - A suprising but delightful track.  With a Motown styled Soul merging with modern Pop its a great experimentation giving Debbie a chance to explore more vocal styles that would aid her in her later solo career.
I KNOW BUT I DON'T KNOW - I first heard this track on the B-side of the very first single I bought of Blondie, "Sunday Girl".  It's a dark but funky Punk track with gritty guitar riffs and a dual vocal between the song's writer and guitarist Frank Infante and Debbie.
11:59 - A decent enough song but not one of my favourites, it seems to me like a 60s Pop track that you seem to have heard somewhere before.  Maybe this was filler time, but then this album is so good maybe it just falls short.
WILL ANYTHING HAPPEN? - A New Wave track steered by a great Punk style drum and guitar backing.  It drives along nicely but lacks a little punch in the vocals to make it great.  A cool song but for this album its a break from the classics.
SUNDAY GIRL - My first Blondie purchase as a single and it remains one of my all time favourite Blondie songs and has special memories of a much simpler time in my teen years.  A Power Pop song with leanings once again to Motown Soul and 60s genres.  A gem and masterpiece and one of Debbie's finest vocal performances in my opinion.
HEART OF GLASS - Originally entitled "Once I Had A Love" which was a more funkier, disco song which the band later called "The Disco Song".  This version is so unusual that it has a classic Disco beat but with a New Wave Rock overlay.  It has all the Blondie hallmarks and maybe a little ABBA with the harmonies too.  Its remains one of Blondie's most memorable tracks and rightly referred to as a classic.
I'M GONNA LOVE YOU TOO - A cover version of Buddy Holly's 1957 track.  Its a quirky, engaging fast paced Rock N' Roll song that the band do justice to.  Its cool and shows the band's fun side and willingness to embrace other genres.
JUST GO AWAY - Another experimental genre appears with this almost Country Rock track.  A fun track to end a fantastic album.  Nice touch. 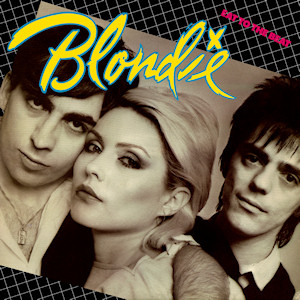 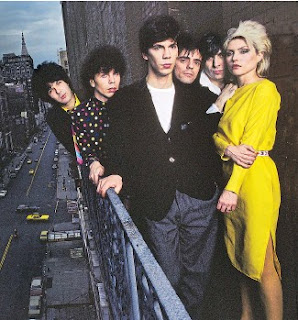 DREAMING - New Wave uptempo classic.  Pouding frenetic drums from Clem Burke lead this track, melodious guitars and even though the pace is fast, Debbie Harry seems to sing the choruses in a slower speed, ingenious and a fantastic opener and big hit!
THE HARDEST PART - One of my favourite tracks and although wasn't released as a single in the UK it was in USA.  A Funky electro sounding uptempo groove with a video that has Debbie in brunette wig, dark shades and a black split dress that oozes sex appeal. Ironically the blonde bombshell became the brunette beauty!

ACCIDENTS NEVER HAPPEN -  This has an opening similar to "Maria" on Blondie's comeback album "No Exit" of  1999 and is in the typical Blondie vein, keeping their Punk and New Wave roots.
DIE YOUNG STAY PRETTY -  A favourite of mine, its Reggae style suiting Debbie's vocals beautifully.  I like the line "deteriorate in your own time", sometimes the stars of today just want to crucify themselves for success and they have nothing to look back on because they're not around anymore.