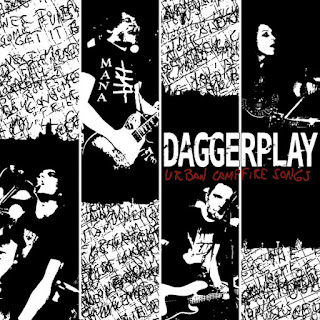 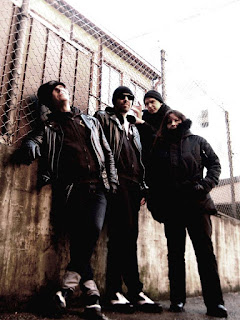 HIGH ROADS & HOLLOWAYS - The debut album by the Finnish rockers kicks off in frenetic style.  A track that seems to be a hybrid of Sex Pistols and The Clash.  Pulsating beat and thrashing guitars with equally manic vocals.  Great opening!

BLIND HORSES - This track reminds me of Gogol Bordello's brilliant Gypsy Punk Folk.  Imagine an all out rocky sea shanty and this is it! Quirky and fun!

GLITTER RODEO - A fast paced song with musical backing that is kind of New Wave Punk, something like early Blondie, The Ramones or Generation X with typically sneery Billy Idol-like vocals.  A great track.

NOW I WANNA LISTEN TO THE RAMONES - Ironically I just mentioned The Ramones and here they get a namecheck.  This is classic New Wave Punk Rock.  Great chanted vocal backing and its an instant memorable song and catchy as hell.

RIGHT NOW EVERYTHING'S CALM IN THE ATTIC - A hybrid of some Rock 'N Roll and New Wave.  Its sound is reminiscent of The Cars and bands of the period of late 70s/early 80s.  Probably the most radio friendly track so far.  Really good tune.

PERFECT ESCAPE - Searing guitars dominate this track with a pounding beat.  A real head banger and foot stomper.  Its maddening pace and slight melody changes make this a classy song.  One of my favourites here.

MY FRIENDS ARE MENTAL AND I AM MENTAL,TOO - The title is as mad as the actual song. There is a bit of everything here, Generation X, The Clash and possibly The Buzzcocks.  Classic outright Punk!

CUNTS - The first half of this track makes me think of Primal Scream and the second early Adam and the Ants in their Punk phase.  This debut album paves the way for the brilliant follow-up "Subterranean Reality" in 2018.  The infectious energy and melodious punky style are here in abundance too.

SAINTS - No pause in energy for the last track.  Another brilliant manic Punk offering in the style of Blink 182 and Green Day.  A worthy debut album full of gems. 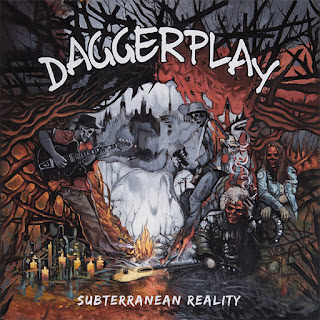 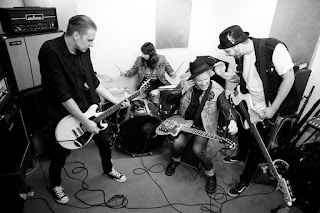 CRUEL WIND BLOWING - Punk Power Pop with a Rockabilly style, this is just an aswesome track, fast tempo daring the listener to stay still! Brilliant.
DON'T GIVE UP - Reminds me of The Clash or Generation X with its late 70s Punk Pop.  Love it.  Great stuff from Finland's finest.

GHOSTS - Similar to the previous track, guitar driven Pop Rock, yet another great track with a chorus that stays in your head.
SINISTER BLUES - Exactly what it says on the tin, its Blues Rock with a very sinister twist.  Almost like a pirate shanty song, quirky and fun ending to the album.  It builds pace after a minute into a blistering stomp before letting down easy again.  Fab.