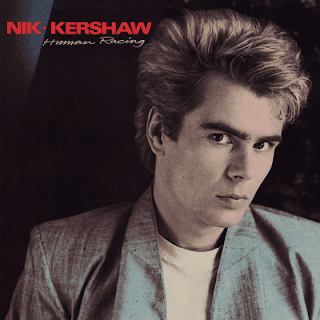 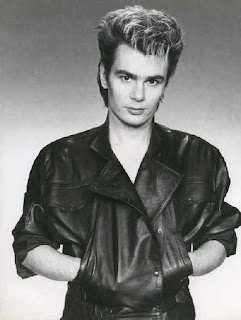 DANCING GIRLS - The debut album by incredibly talented singer-songwriter Nik Kershaw opens with this fast paced Synth Pop track.  The clever orchestrated synths and whirrs over the chorus fill the sound out.  Nik was always inventive and that what set him apart from other Electronic acts of the 80s.  This single reached number 13 in the chart.  Its catchy Pop at its best.

WOULDN'T IT BE GOOD - The memorable opening guitar riff kicks off this classic 80s song and when the melody hits in, its just perfect.  Add a catchy chorus and stunning video and this made Nik a star.  Reaching number 4 in the UK chart it paved the way for continued success throughout the mid 80s.  Brilliant song.

DRUM TALK - A really unusual track, based solely on synthesised drums and special effect but its infectious tempo keeps it engaging.  The lyrics are very simple but the overdubbed chanted and effects laden vocals make it a very clever song and I loved singing along to this.

BOGART - One of my favourites, a guitars and keyboards New Wave Pop song with a mid tempo base.  Nik sings a passioned vocal and the lyrics are more interesting and mature than some of the tracks on this debut.  The composition technique is so unique, hence my high regard for this guy.

GONE TO PIECES - A crazy mix of Pop, Rock and Synth Pop with great guitars, mad smurf like vocals segment and a catchy chorus.  Its quirky fun!

SHAME ON YOU - Vocal experiments lead this track, a catchy chorus does appear but the main backing is a percussive vocal mix.  A very unusual track, with the chorus bringing in some Rock like guitars.  This album was so weird it was fantastic and an eye opener what a guy could do with just synths, a drum machine and a guitar and a little home studio!  Nik gave me the push to make my own music in the late 90s with all the lyrics I had created in the 80s and onwards

CLOAK AND DAGGER - The most openly Pop song on the album, actually could have been a single, it is more radio friendly than other tracks here. About the world we live in, a social commentary on the madness.  This is an awesome track with its New Wave tendencies.

FACES - I always loved this song, its eerie and moody backing with the melancholic vocal adding to the mystery.  It reminded me of a weird horror film, the song is another masterpiece for me.  A slow tempo but a kind of hypnotic lyric that captivates your imagination.

I WON'T LET THE SUN GO DOWN ON ME - A single hit second time around after the success of "Wouldn't It Be Good".  Hitting number 2 on the UK chart after reaching a measly 47 in 1983.  Great melody and smooth guitars and synths, this is another 80s classic.

HUMAN RACING - Unusually the title track is at the end of the album.  Reaching number 19 in the UK chart as a single, possibly hinting at the "rat race" for humans making ends meet in life.  This is one of those tracks that you have to be in the mood for.  Its slow and laid back and very light in composition.  If you're in a relaxing mood this is for you but if you are a bit hyper then this can be a killer.  All in all this is a pretty good debut album. 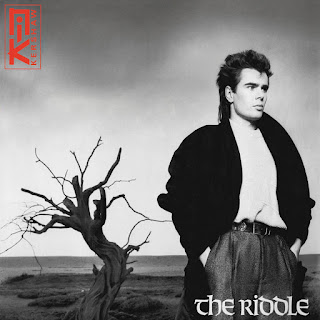 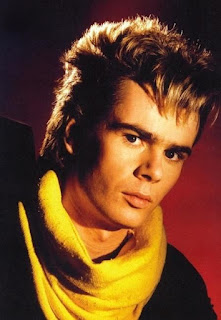 THE RIDDLE -  Medium paced tune a little like "I Won't Let The Sun Go Down" on me with its Electronica sound and catchy chorus with military style marching band towards the end.  The lyrics caused much puzzlement and had everybody wondering what the "riddle" was, trying desperately to figure it all out to no avail.  Nik let this go on for a while before saying they were just a "guide vocal" and a bit of nonsense, random lyric.  A very memorable song right from the intro.
CITY OF ANGELS -  Lovely, atmospheric typical 80s Pop Rock track with great chorus, electronic effects and harmonised vocals.

WIDE BOY -  More a Pop Rock song with a mix of guitars and synths, very New Wave sounding.  An almost funky track and one of my favourites.
SAVE THE WHALE -  Sombre end to the album with a punch in the gut.  Really lovely song, with whales "singing" and visions of the deep blue sea.  A great message behind the song and quite hard hitting if you listen to the lyrics.  Simply brilliant song.