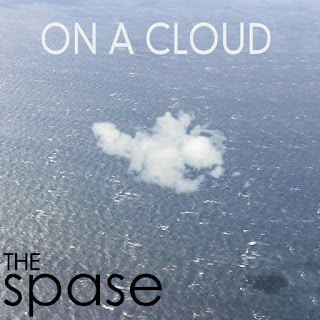 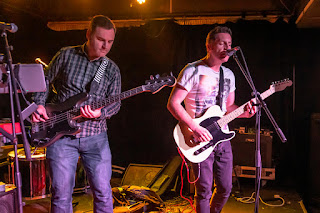 MY MARILYN - The debut album by Widnes band The Spase opens with a great bluesy style Pop track with brilliant passionate and powerful vocals from vocalist/guitarist Andy Forrest ably backed by Peter Walker on bass and Simon Harris on percussion and guitar.  The song hints at Blues while keeping a Pop slant until about halfway through and slide guitar sounds come in to make it a Folk Country ending, superb.

EMPTY LANE - The tempo slows down on this Acoustic Indie track with hints of Gothic Rock sounding at times like The Mission.  The continuing moody and melancholic backing is sombre but has that unique positive tint.  The vocals actually remind me of Tom Bailey from Thompson Twins, emotional and deep.

A ROAMING SON - One of my favourites by the band, and after hearing it live many moons ago it became more so. A beautiful Acoustic track, minimal guitars and percussion bringing to mind a hybrid of The Stone Roses and The Monkees.  An absolute gem with a fantastic uplifting chorus.

BABY - Again The Monkees spring to mind when they got more Alternative.  This is a slice of perfect Indie Pop.

STAR CHILD - A simple bright little song with elements of The Everly Brothers, Simon and Garfunkel and The Stone Roses.  After reviewing their second album on New Music Ear I can see the progression in sound and songwriting, I await the third album.  This is a cool track.

SPIRITUAL HIGHWAY - This track takes you back to the 60s Indie Pop, with psychedelia and flower power Folk.  A little Progressive Rock vibe too.

PRETTY IN BLACK - A great uptempo Rock 'N Roll track from the 50s/60s era.  Sounding like the popular beat bands of the time, this is a great listen.  Love it!

THE SHOOTING STAR - Another track that made me more of a fan hearing it live.  A pulsating beat and frenetic guitar and bass intro lead into a funky style Classic rocker.  It almost has a 90s Grunge feel too.  This is an awesome track, an anthemic chorus and real foot tapper!

INSPIRATION - A track that sends me back to the Madchester scene in the late 80s, early 90s.  Think Inspiral Carpets, The Charlatans and The Stone Roses.  A class song. 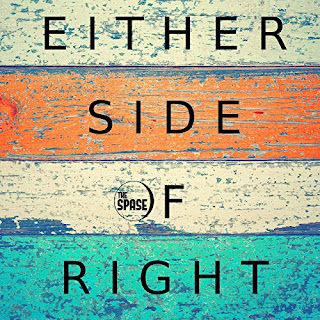 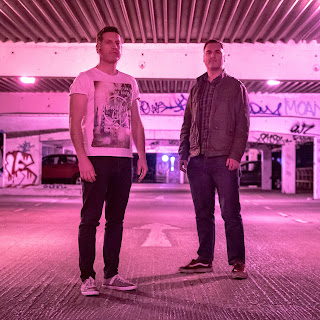 BY MY SIDE -  A gentle Acoustic Folk style ballad, reminds me of The Everly Brothers, Simon and Garfunkel which is a great compliment.  Really nice track.
DEJA VU - The pace hots up again as this is a Hendrix style Classic Rock track which is another of my favourites.  Has the feel of a crazy band jam.  Brilliant.