Showing posts with the label aternative
Show All 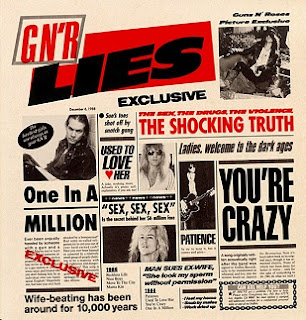 "G N' R LIES" 1988 RECKLESS LIFE - The opening track to this second album featured on the band's E.P. "Live ?!*@Like A Suicide" along with the next three tracks.  This is a frenetic Classic Rock song with screeching vocals from Axl Rose and its pretty basic cliched rock fare sounding like early AC/DC.  Was a song from Hollywood Rose (the band that would become Guns N' Roses). NICE BOYS - This is a more Led Zeppelin styled song but with a catchy little chorus of "nice boys don't play rock n' roll!".  I quite like this track even though it is very raw.  This is a cover of Australian band Rose Tattoo's  track. MOVE TO THE CITY - This is a great Glam Rock/Blues style akin to Marc Bolan/T-Rex.  More accomplished than the previous tracks and more apt to the "Appetite For Destruction" album. MAMA KIN - A cover of an Aerosmith track.  New Wave Pop Heavy Rock/Pop hybrid.  Another good track. PATIENCE - The first of 4 new Ac
Post a Comment
Read more
More posts