Showing posts with the label synth
Show All 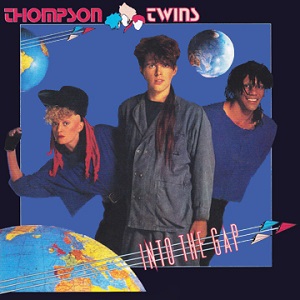 THOMPSON TWINS "INTO THE GAP" 1984   DOCTOR!DOCTOR! - The band's fourth album kicks off with an memorable 80s tune.  The second single from the album reached number 3 in the UK chart and was a big hit in the USA.  Heavy rotation of the video on MTV ensured its success.  An anthemic chorus encapsulates this track and the beautifully melodious Synth Pop backing is atmospheric and gives a positive vibe.   YOU TAKE ME UP - This track sounds minimal but there is a lot going on including marimba, xylophone and harmonica plus numerous other instruments.  Its like a Folk style Synth Pop track with another catchy chorus.  It reached number 2 in the UK chart as the album's second single.   HOLD ME NOW - The lead single from the album reaching number 4 in the UK chart.  Less Synth Pop and more New Wave.  This is a really nice big Pop ballad, with an anthemic simple chorus, a classic of the 80s in my opinion.  Classic Thompson Twins and memorable for the 80s decade.     DAY
Post a Comment
Read more
More posts