Showing posts with the label bono
Show All 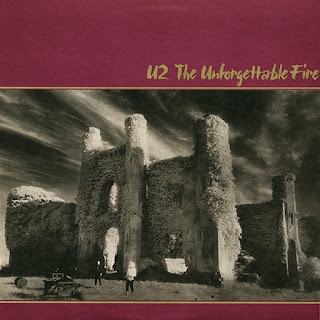 U2 "THE UNFORGETTABLE FIRE" 1984 A SORT OF HOMECOMING - The opening track is a bit of a shock after the previous guitar-led and anthemic albums.  This is a more orchestral sounding track with guitars not at the forefront as those on the last album, "War".  It actually reminded me more of the Pop Rock that Simple Minds were also doing at the time, not to say that is a bad thing.  It is still a great track once over the initial change of sound for the band. PRIDE (IN THE NAME OF LOVE) - One of my favourite tracks of the 80s and U2.  An awesome guitar based rocker.  An almost Punk angst ridden vocals from singer Bono  carries this to enormous heights.  An absolute classic written about Martin Luther King Jr., reminding us when U2 were just a great Rock band before all the god-like rants from Bono and lesser experimental work after "Rattle And Hum".  True classic anthemic Rock.     WIRE - An Electro Punk rocker that pumps along with a pace.  No catchy choru
Post a Comment
Read more
More posts