Showing posts with the label clean cut kid
Show All 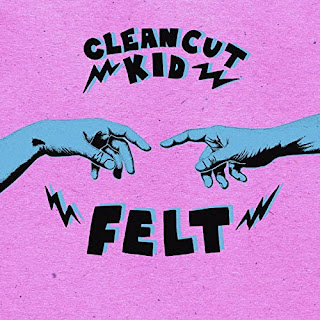 CLEAN CUT KID "FELT" 2017 VITAMIN C - This debut album by the Liverpool band opens with their first single.  It's an atmospheric, simple funky Progressive Rock track with hints of Classic 60s styles.  Great melodies and clever compostion this is a catchy little upbeat track to kick off the set. RUNAWAY - Similar upbeat style to the opening track but a more poppy infuence complete with melodious chants and thumping beat.  Reminds me of a hybrid of The Coral and Sheppard.  Irresistibly catchy and memorable. LEAVING YOU BEHIND - A 60s Simon and Garfunkel or The Everly Brothers meets Fleetwood Mac meets 90s Pop.  Another chorus you can't get out of your head and its energy and positive vibe gives you a good feeling. STAY - The Fleetwood Mac influence and some 80s Rock outfits like Africa, REO Speedwagon and Foreigner give you a feel of this track.  Its emotional vocals mix with typical guitar riffs of the 80s decade still give a positive vibe despite the sad lyrics.
Post a Comment
Read more
More posts