Showing posts with the label cyndi lauper
Show All 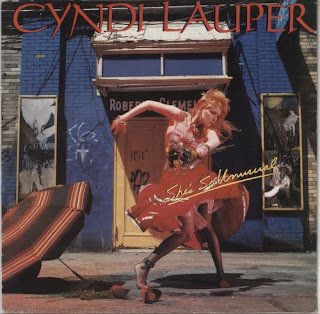 CYNDI LAUPER "SHE'S SO UNUSUAL" 1983     MONEY CHANGES EVERYTHING - The opening track of Cyndi's debut album was a cover of The Brains'  1980 underground hit.  New Wave Rock Pop, Cyndi explores her vocal range to the hilt with some ear piercing, amazing high notes, which critics' adored later on her career.  Great uptempo start to a great album. GIRLS JUST WANT TO HAVE FUN - One of Cyndi's signature tunes and became a feminist anthem and a hit all over the globe.  Perfect 80s Pop, with elements of Dance and Rock, and an unbelievably catchy sing along chorus.  One of the best and most memorable songs of the 80s decade. WHEN YOU WERE MINE - As a Prince fan I recognised this cover version on first listen.  A brilliant 80s Synthpop style track where she kept all of the he/him/his pronouns in the lyrics.  A mid tempo ballad that stands on its own and gives Cyndi's album a more mature track amid the hits.   TIME AFTER TIME
1 comment
Read more
More posts