Showing posts with the label echobelly
Show All 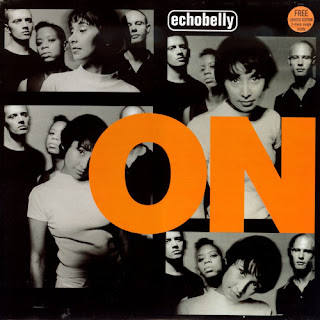 ECHOBELLY  "ON" 1995   CAR FICTION - The opening track of this second album by the band has a distinct Punk vibe and very similar to a Blondie track.  The thumping, crashing rhythm of the guitars and drums back up singer Sonya Madan's unique vocals brilliantly. KING OF THE KERB - The second single from the album is predominantly Brit Pop with hints of Blur and Supergrass and the Gothic arena style guitars.  Great track with a catchy chorus, it reached number 25 in the UK chart. GREAT THINGS - The track that got me hooked on the band and the debut single from this set that reached number 13 in the UK chart and remains their highest chart hit to date. It is Pop, Rock and has a little Bangles style vocals and guitars.  Chirpy, catchy and brilliant.   NATURAL ANIMAL - A little more harder than the previous tracks.  This is a Grunge Rock style, big guitar driven stadium rocky song.  Has some nice, softer Acoustic moments but then hits it with the big noise.  Top track. G
Post a Comment
Read more
More posts