Showing posts with the label experimental.soundtrack
Show All 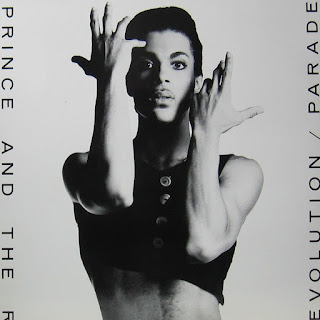 PRINCE AND THE REVOLUTION    "PARADE" 1986 CHRISTOPHER TRACY'S PARADE - This album is also the soundtrack to Prince's second movie "Under The Cherry Moon".  This opening track is a whimsical almost fairgound sounding intro to his character.  It pretty much carries on the Psychedelic style of the previous album "Around The World In A Day" NEW POSITION - A mainly percussive track with Prince basically saying his woman needs a "new position", which we can all guess in what manner! As with a few of these tracks this is experimental and would appear fleetingly over scenes in the film. I WONDER U - A repetitive vocal fronts a strange percussive backing with a little guitar twinkling sporadically.  For some reason this album is a lot of Prince's fans' favourite, but it lacks quality songs in my opinion and is a soundtrack album with a few gems. UNDER THE CHERRY MOON - The title of the film and actually I quite like this track.  The f
Post a Comment
Read more
More posts