Showing posts with the label heavy
Show All 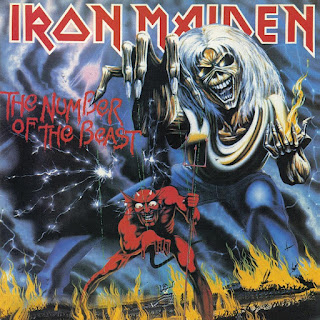 IRON MAIDEN "THE NUMBER OF THE BEAST" 1982 INVADER S - This third album by the band features singer Bruce Dickinson for the first time and this opening track is a rip roaring, frenetic guitar and drum festival! It is almost like a Punk Metal song with searing guitar parts and Bruce exercising his vocal chords to full effect. CHILDREN OF THE DAMNED - This track opens like a Gothic/Progressive Rock track.  It epitomises the sound of Dickinson's Iron Maiden in the future.  The metallic operatic style is more powerful than that of previous vocalist, Paul Di'Anno.  Classic Iron Maiden. THE PRISONER - A track in the chug-a-chug guitar style of Black Sabbath and inspired by the TV series The Prisoner.  It includes spoken parts from the series but the awesome searing guitar solo after the 4 minute mark makes up for it. 22 ACACIA AVENUE - This is a retro 70s Classic Rock style track that is a decent song but is nothing unusual that you've not heard before. THE NUMBER
Post a Comment
Read more
More posts