Showing posts with the label ian brown
Show All 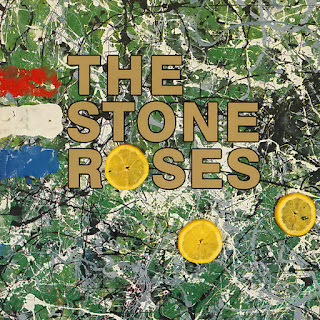 THE STONE ROSES "THE STONE ROSES" 1989 I WANNA BE ADORED - A Gothic style anthemic mid tempo track opens the album, setting the eerie but mysterious tone for the band's much anticipated debut album.  Almost Progressive Rock at times with singer Ian Brown's deadpan vocals carrying the minimalist lyrics with only spasmodic changes in tone.  It's a great tune and a solid base for what was to come.  SHE BANGS THE DRUMS - A more uptempo 60s infuenced Rock with a great chorus and elements of Pop and Psychedelia, similar to The Monkees' more mature tracks.  Its catchy, its memorable and its a class song.   WATERFALL - One of my favourites by the band.  Arena "wall of sound" echoed mid tempo guitar based track.  Listening to this in headphones is an experience.  This track hints at early 70s Progressive and Psychedelic Rock and has a nice laid back, chilled out vibe.  Another top song.     DON'T STOP - Pure Psychedelic Rock track, with the swirling m
Post a Comment
Read more
More posts