Showing posts with the label medieval
Show All 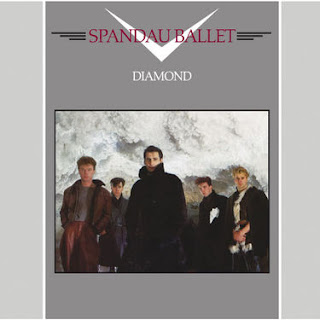 SPANDAU BALLET  "DIAMOND" 1982 CHANT NO 1 (I DON'T NEED THIS PRESSURE ON) - The band's second album opens with the first single released from it.  It reached number 3 in the UK chart and although keeping with the Medieval sound of the debut album this track is New Wave funky Disco! Add the catchy chorus to this sublime 80s track and its a gem. INSTINCTION - One of my favourite Spandau tracks, although a little repetitive it is anthemic funky New Wave Pop at its best.  Tony Hadley's booming vocal gives it an extra lift as usual. Released as the fourth single reaching number 10 in the UK. PAINT ME DOWN - This is a repetition that I don't hink caught on as musch as other 80s tracks.  It isn't one of my favourites but its chorus can be annoyingly stuck in your head.  A New Wave "filler" although strangley released as a single.  It only reached number 30 in the chart and surprisingly was released before "She Loved Like Diamond", a far su
Post a Comment
Read more
More posts