Showing posts with the label prince
Show All 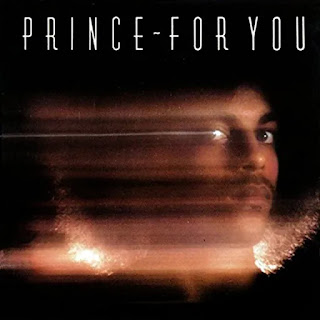 "FOR YOU"   1978 FOR YOU - The very first track on any Prince album is a little over a minute long and showcases the astounding vocal range of the then teenage artist.  Harmonising with himself, using his voice as melodies and adding a Gospel and church choir like style.  Brave for a first track to bare himself like this but then Prince was to be no ordinary performer! IN LOVE - A Pop Soul track that has very slight hints of Funk.  It is essentially a mid tempo ballad.  Showing the early talent this guy had for hearing unusual sounds that merge together brilliantly.  All tracks here composed, performed, arranged and produced by this teenager on his debut, that in itself is remarkable. SOFT AND WET - The first introduction to the now famous (or infamous to some) sexual innuendo laden tracks that he composed during his reign.  A Disco Funk track with a little Soul, was released as a single on his 20th birthday as the first from this album.
Post a Comment
Read more

"PURPLE RAIN" 1984 LET'S GO CRAZY - It's memorable opening line, "Dearly beloved, we are gathered here today..." well you all know the rest! A powerhouse of a track, blistering guitar solos and a backdrop of spiritual spoken words about God and all things religious.  Just a superb track which has many "air guitar" moments for the wannabe Rock stars, even though by their blinkered standards he was never thought of as a Rock guitarist...quite ridiculous in my opinion. TAKE ME WITH U -  A sultry Pop ballad sung with Apollonia Kotero.  Jill Jones, Wendy and Lisa sung on backing vocals to add "sexy fullness" to Apollonia's vocal.  It was released as a double A side with "Let's Go Crazy" and was often played on the radio as an alternative.  Allegedly it was going to appear on an Apollonia album.   Romantic, sultry and sexy, all in the best possible Prince taste! THE BEAUTIFUL ONES -  harsh, so
Post a Comment
Read more
More posts