Showing posts with the label rock and roll
Show All 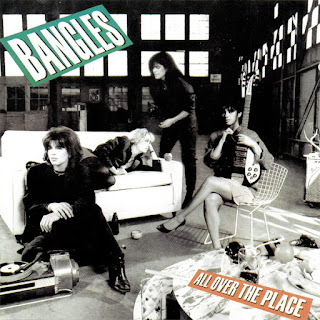 THE BANGLES    "ALL OVER THE PLACE" 1984 HERO TAKES A FALL -  The debut single from this first album only reached number 96 in the UK chart but its a great introduction to the band.  This is The Bangles sound, sparkly guitars, breathy vocals from Susanna Hoffs, gorgeous harmonies and melodies and a punkish cheekiness of good old fashioned Rock and Roll.  New Wave Pop Rock at its best. LIVE - This track is a great 60s styled Psychedelic New Wave track covered from the American Rock band The Merry-Go-Round.  A nice, laid back foot tapper which drummer Debbi Peterson delivers with aplomb. JAMES - Another genre explored as this is a twangy guitar styled Country Pop Rock song that oozes class. ALL ABOUT YOU -  The multi-talented band give us Vicki Peterson on vocals this time.  This is a fast paced almost bluesy Rock and Roll number that has a catchy chorus, slightly repetitive lyrically but its just so cool a song to be spoilt by this. DOVER BEACH - Susanna takes back the voc
Post a Comment
Read more
More posts