Showing posts with the label stereophonics
Show All 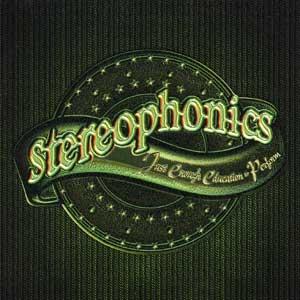 STEREOPHONICS "JUST ENOUGH EDUCATION TO PERFORM" 2001   VEGAS TWO TIMES - The opening track to the band's third album and the set that got me hooked on this great band, seeking out their back catalogue.  This is a mellow slight introduction crashing into Heavy Rock meeting Blues elements.  An absolute stormer to kick off a great album. LYING IN THE SUN - A melancholic, wistful Acoustic Rock track showcasing singer Kelly Jones' throaty, emotive vocal.  Everything is wonderful about this, the beautiful guitar and full of hope and longing.  Nice. MR WRITER - An Britpop Rock vibe for this track.  This is the track that contains the title of the album and reached number 5 in the UK chart.  Its sometimes compared to Oasis' songs but I think that's detrimental to this fine band.  Kelly is a much better songwriter and the band make Oasis look like One Direction in talent stakes.  A great song and very eeerie video!   STEP ON MY OLD SIZE NINES - A really nice, l
Post a Comment
Read more
More posts