Showing posts with the label the fireflys
Show All 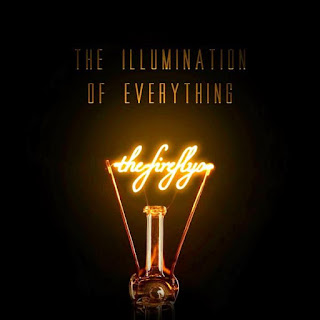 THE FIREFLYS "THE ILLUMINATION OF EVERYTHING" 2016 ILLUMINATION - Rip-roaring opening of frenzied heavy guitars before launching into classic Fireflys territory, the melodious, incredibly catchy chorus! At 2 minutes 12 seconds we get an atmospheric electronic/guitar break, almost psychedelic before heading back to an epic finish. RELEASE/REPEAT - This light Folk Rock track is already a fan favourite before the album launch due to its prior single outing. One of those tracks you just need to keep playing, a first namer on any Flys hit team sheet! BRANCHES - This song was played to death in our house, and to our friends! A beautifully crafted song, melancholic and light, the guitars remind me of Prince's Purple Rain solo, it sings of sadness and hope. Sheer class, I called it a lilting mixed masterpiece in a first review, I wasn't wrong.   ANGEL OF THE NORTH - A chilled and relaxing number, a little 70s Prog Rock, a little 90s Stone
Post a Comment
Read more
More posts